One of my all-time favorite photos of my son at age 5. Minnesota Prairie Roots file photo.

FEBRUARY 9 AND 10 HOLD importance for me. They are the dates two of my three children, now all adults, were born. The daughter arrived first, a second daughter 21 months later in November and then the son on February 9, the day before his oldest sister’s eighth birthday.

Yes, I was a busy mom. There never seemed to be time for myself or enough time in a day. Something always needed doing. Someone always needed help or attention. I’m not complaining, just telling it like it was.

I miss those days. I miss my kids. But I did my job, as best I could, raising them to be independent adults. The daughter is married, a busy mother of two, including a newborn. I love watching her with her daughter and son. She’s attentive, loving, caring and just a really good mom. 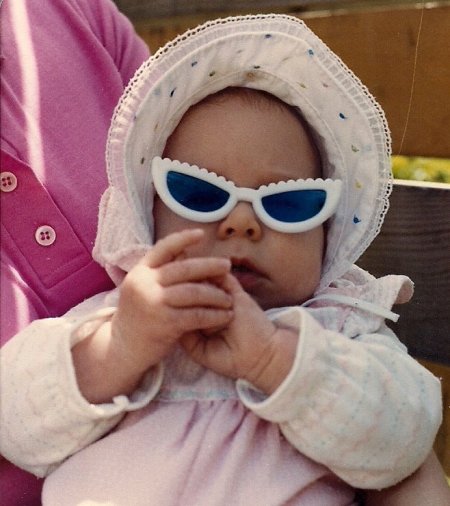 Sometimes when I look at my granddaughter, I glimpse Amber at the same age. There’s a certain way Izzy will act or a profile I’ll catch or a look I’ll see that makes me think for a moment that I’m watching my eldest daughter. What a gift to experience that timeless moment.

With my son, who lives way too far away from Minnesota in Boston, I remember most the moment he arrived home from school. Nearly daily Caleb asked for a hug. He didn’t need to ask. I would have given him one. But to hear his sweet request, oh, what joy that brought this mama. I miss his hugs. Whenever he’s back for a visit, I grab all the hugs I can to hold emotionally close in his absence.

There will be lots of hugs in the next few days as Caleb flies in for a short visit, totally unexpected. It will be the first time since 2012 that we’ve been together on his birthday. I’m excited.

Because of distance and/or busyness of life, I seldom celebrate my kids’ birthdays with them. It just is not possible. But that doesn’t change how I feel about their birthdays. Their births opened my heart to a love that is intuitive and deep and unconditional—a mother’s love.

Happy birthday, Amber and Caleb! I love you both always. And I look forward to celebrating with both of you this weekend. My mama’s heart is happy.

In celebration of my daughter & son on their February birthdays February 9, 2018

A cake made by my niece, also named Amber, for her daughter several years ago. Minnesota Prairie Roots file photo.

FEBRUARY BRINGS NOT ONLY the dreaded time of year when I must prepare information for the tax preparer. But it, thankfully, also brings joy as two of my three now grown children celebrate birthdays. Today and tomorrow.

Eight years apart in age, Amber and Caleb are at two distinctly different points in their lives. Amber is well-settled into married life and life as a mom to Izzy, nearly two. Caleb lives with several other guys in a greater Boston apartment and is just beginning his career in technology.

With nearly 1,400 miles separating my oldest and youngest and with their sister living in between in eastern Wisconsin, we manage to gather as a family about once a year—the last time for a family reunion in August. I don’t like that such distances separate us. But it is our reality and we rely on technology to stay connected.

When I think back on the connection between my eldest daughter and her brother, I smile. From the day I came home from the hospital with my 10 lb., 12 oz. bruiser baby boy, Amber doted on him. She was at the perfect age to embrace a baby. Later Amber assumed the role of teacher, teaching Caleb his numbers, the alphabet and more. She read books to him, too, and simply loved on her brother. 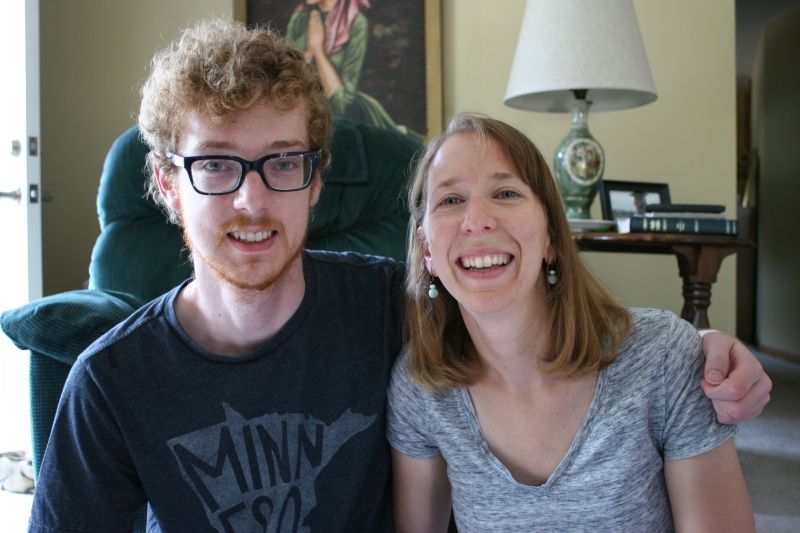 That love still shines strong. When I observe the two of them together, I see the depth of love they hold for each other in the gentle teasing, the arm draped across the shoulder, the warm hugs. Amber has been there for her brother, always, whether working a puzzle with him at age four or flying across the country to Boston years later.

I see in Caleb an admiration for his sister, a genuine desire to spend time with her when he’s back in Minnesota. I note him bonding with his niece. When I see Caleb holding Isabelle and reading to her, my mama’s heart overflows with love. Love is coming full circle.

On these two February days, the ninth and the tenth, I celebrate Amber and Caleb. I have watched them grow into two loving, caring and strong individuals. I am honored to be their mom. While geographical distance separates us, love keeps us close. For that I am grateful. 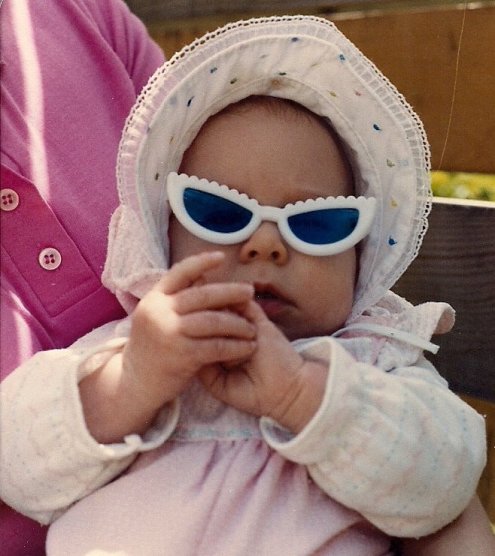 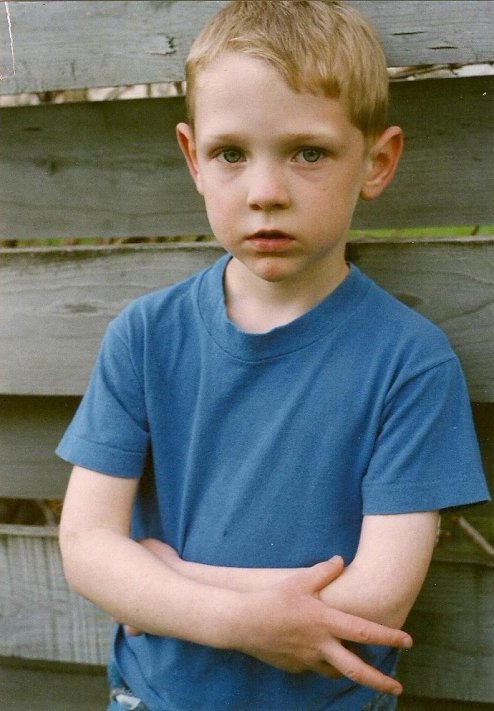 One of my all-time favorite photos of my son at age five. Minnesota Prairie Roots file photo.

I love you both more than pizza. And, yes, that is an inside-the-family saying.

At our house we typically don't have birthday cakes. Rather, the birthday celebrant chooses the dessert of his/her choice, and often that's cheesecake like this one my eldest made for my September birthday. Today I'm making a chocolate chip cheesecake for my son's 17th birthday.

MY SON TURNS 17 today, a day before my eldest turns 25. It wasn’t planned that way—to have their birthdays one day shy of eight years apart. But it happened and the two have never complained about the closeness of their birthdays.

For those of you who don’t know my family, there’s another daughter in between, my 23-year-old, who is 21 months younger than her older sister.

I know, I know, I’m tossing a lot of numbers out there for someone who prefers words to numbers and sucks at math.

But here are some more figures as long as I’m spewing them out. Even though my boy was born 10 days early, he weighed 10 pounds, 12 ounces, and stretched to 23 ½ inches. Yikes, you’re thinking. Not to worry. Like his sisters before him, he was born by Cesarean section due to the fact that the eldest was frank breech, requiring an emergency, vertical-incision C-section.

She weighed 9 pounds, 7 ounces. Her sister came in at 8 pounds, one ounce.

Yes, I have big babies.

My son was so big, in fact, that the hospital’s newborn diapers didn’t fit him. I also had to return a package of newbie diapers that a friend had given me before my over-sized baby boy was born.

You would never guess looking at my lanky 17-year-old today that he was once a roly-poly baby. He’s tall and lean now, tall and lean.

I’m wondering, if you’re a mom, do you reflect on your child’s birth every year on his/her birthday like I do? I remember that first kiss I planted on my son’s soft, warm head right after his birth. He was then whisked away while the surgeon tidied up after my C-section and followed with hernia surgery.

That first week after my boy’s  February 9, 1994, birth is mostly a painful blur as I suffered spinal headaches so severe I couldn’t sit up, let alone care for my newborn. Instead, the obstetrical floor nurses mothered him, coddled him, loved him. They even carried my baby boy into the break room, which would be a definite no-no today. I’ll always be grateful for their care.

I am thinking all of these thoughts today, a day when I’ll hold my teen a little closer, a little tighter—if he’ll allow it—and embrace him with a mother’s birthday hug.

Happy birthday, son. I love you now and forever. (I know you don’t read my blog, but I’m telling you anyway, just in case you read this someday.)