IF YOU’RE GONNA BARBECUE, you better have beer.

And, if you’re a novice at barbecuing ribs, then the bible helps too.

Not that my husband turned to God’s Word Saturday night during his first-ever attempt to make barbecued ribs. But he did refer to The Barbecue! Bible by Steven Raichlen. 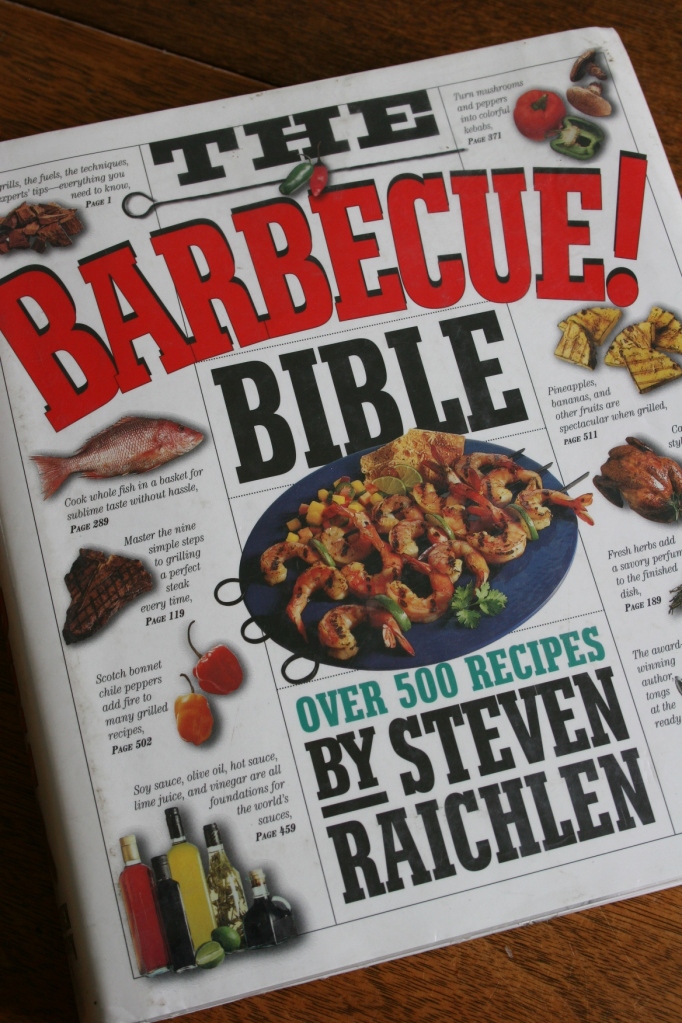 My husband checked out The Barbecue! Bible from the local library to find a recipe for grilled ribs. I don't know why he chose a Memphis recipe.

Flipping to the Book of High on Hog, the second to last chapter, “Memphis-Style Ribs,” he read not of sweet, flowing honey, but of cumin and cayenne, pepper and paprika. Apparently the tribe of Memphis prefers spicy to sweet.

Following the written word, he mixed a dry rub of mostly spicy spices with a bit of brown sugar tossed in for a touch of sweetness. But because we were missing an ingredient for the mop sauce—namely yellow mustard—he substituted Sweet Baby Ray’s Barbecue Sauce for the homemade sauce. What can I say? Sometime we obey; sometimes we commit sins of omission.

But he certainly didn’t omit the beer. Apparently when you barbecue, you need beer, so says the Book of, well, uh…

While my husband grilled, he drank beer and did a sudoku puzzle.

After fueling up the Weber grill with charcoal, he grabbed a slab of wood from an oak pallet and axed the piece into wood chips. I watched and uttered, “Thou shalt not cut off thy fingers,” or something similar.

Next he baptized the wood—total immersion style—and later tossed the sticks inside the hot-as-you-know-where grill. 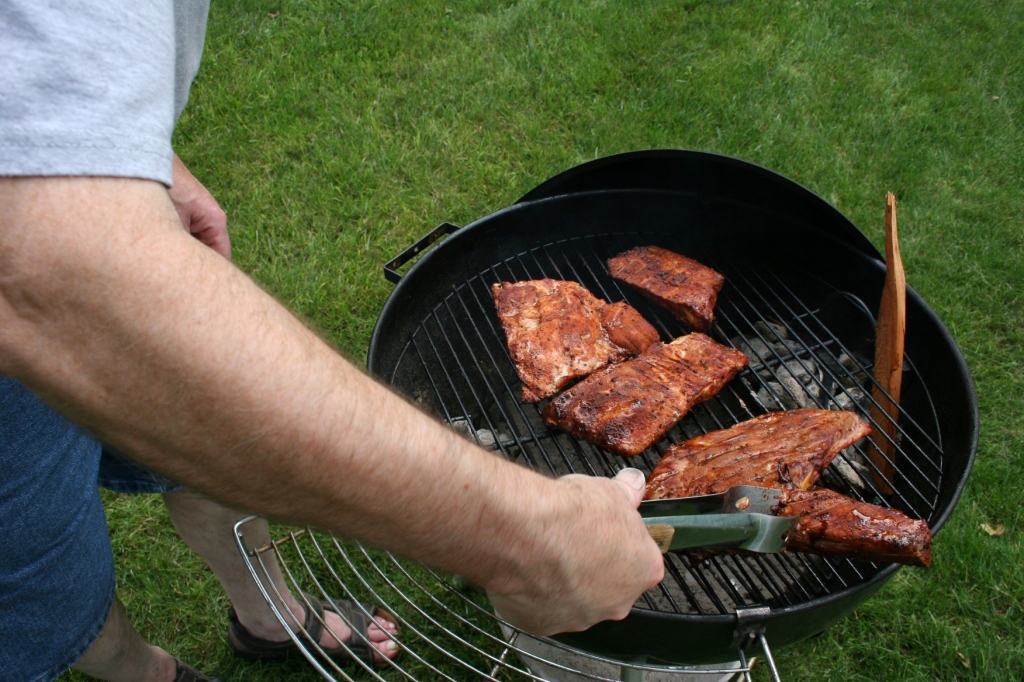 Flipping the ribs, adding wood for a smoked flavor...

Some two hours later, after more stoking of the fire, tending of the pork and imbibing of beer (for me a strawberry margarita) we feasted on savory ribs, fresh baby red potatoes and corn-on-the-cob, in a meal fit for royalty.

And if gluttony is a sin, then on Saturday I sinned grievously.

Grilling pork ribs over charcoal and wood made for a savory meat.

Fresh baby red potatoes and sweetcorn, purchased at the Faribault Farmers' Market, rounded out the meal.