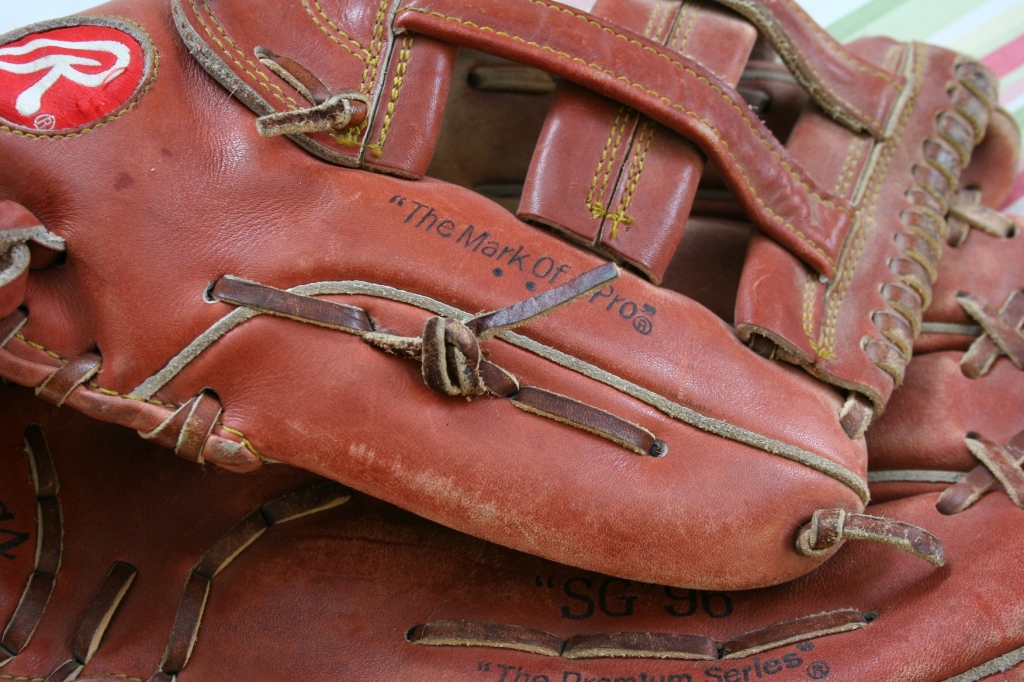 Give me a softball glove and I'll miss the ball more than I'll catch it.

HAND ME A BAT to swing at a ball, and I’ll miss.

Place a bowling ball in my hand and I’ll throw it into the gutter.

Toss me a basketball and I’ll completely miss the basket.

Yes, I’m athletically inept. I possess not one ounce of athletic ability.

So when my husband’s boss and his wife hosted the annual company Christmas party recently complete with sports games, I didn’t rush to sign up for an event. I allowed my spouse to do that on my behalf as it really didn’t matter which sport he chose for me. I knew I would fail at all of them.

I suppose that’s not the attitude to have—a loser’s attitude before you lose.

But I know my abilities.

I did not disappoint myself in the dart throwing competition.

To make my situation even worse, I had an audience, which throws my game even more. I do not like people watching me. But they didn’t stick around for long. Slowly, one-by-one, they slipped from the room as my competitor continued to whoop my butt. No one enjoys a boring game.

By the end of the night, when I once again failed to win a Cabela’s gift card, I decided this really wasn’t fair. There ought to be a game for those of us who are not gifted in sports.

I’d tried pool the previous year. Now I’d attempted darts. That left only Wii bowling, which I feared because I might toss the remote control through the expensive flat screen TV. (I was told a strap would restrain the remote, but I bet I could manage to dislodge and hurdle it like a real bowling ball.)

I excel at word games, so I suggested Scrabble.

That went over well, real well.