Balancing security, freedom and accessibility at the Capitol January 12, 2011

I photographed the Minnesota State Capitol during a fall 2009 tour.

TWICE IN MY LIFE, I’ve toured the Minnesota State Capitol.

The first time was back in the 1960s, when my sixth grade classmates and I traveled some 130 miles from Vesta Elementary School on a field trip to St. Paul.

Then, more than four decades later in the fall of 2009, my husband, teenage son and I toured the Capitol while on a day-trip. 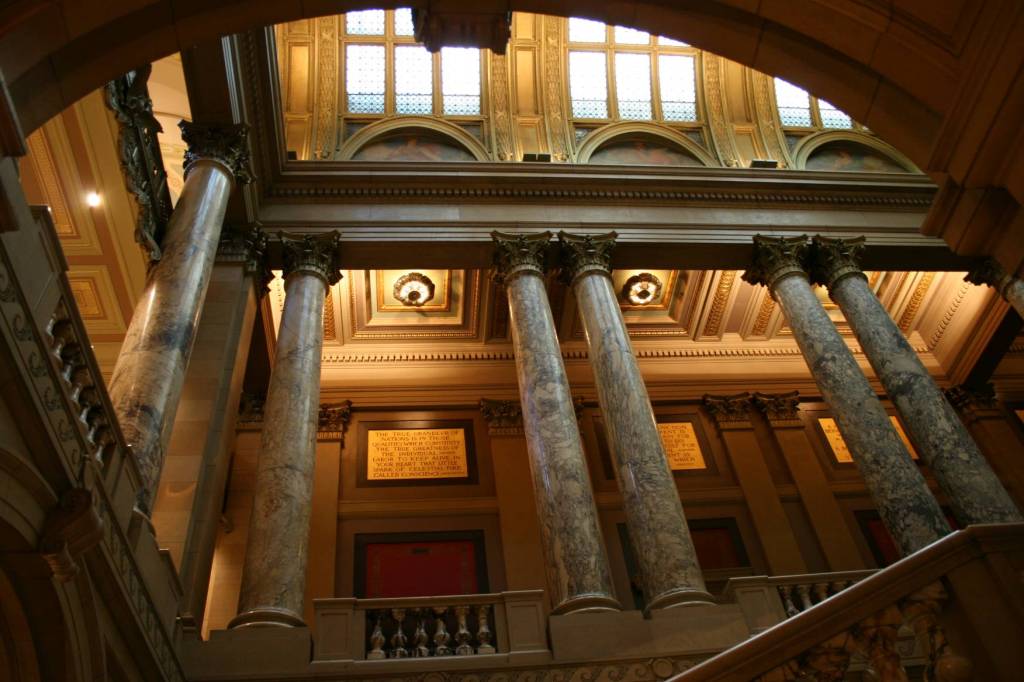 While the grandeur of the building with its marble columns and staircases, opulent furnishings, ornate carvings and impressionable art certainly awed me, I was most struck by an assertion from our tour guide.

“This is the people’s place. You own this building,” he told us repeatedly. And, yes, that’s a direct quote. I was taking notes because I later wrote a magazine feature story about my Capitol visit.

The lavish Governor's Reception Room at the Capitol.

I remember thinking then, and writing later, how I would love to welcome guests into the lavish Governor’s Reception Room with dark wood, leather chairs, extensive carvings, heavy drapes, a fireplace and historic paintings.

I also remember feeling surprised that our tour group could just walk into the reception room. At the time, I also wondered which door would lead me to the governor.

Now, today, in the aftermath of the wounding of Arizona Congresswoman Gabrielle Giffords and 13 others and the shooting deaths of six in last Saturday’s attack, I am rethinking our fall 2009 visit to the Minnesota State Capitol.

Because the legislature was not in session when we were there, the building felt almost abandoned to me. I don’t recall seeing hardly anyone, let alone a security presence, anywhere. And security cameras? If they were there, I didn’t notice them, not that I was looking.

Honestly, I was a bit of a lagger during our fast-paced tour. I dawdled and lollygagged to snap photos. I expect our guide noticed my lingering with only five tourists in our group. But he never said anything and I probably could have slipped inside somewhere I shouldn’t have been if I really wanted to do so.

I felt then like I could have wandered anywhere and that surprised me.

Today, in the wake of the Arizona shootings, security issues are once again, as you know, the focus of concern at places like the Capitol complex. But the dilemma lies, as you also know, in balancing security needs with public accessibility.

Here’s a paragraph lifted from that magazine feature I wrote about my Capitol visit:

“Remember, it’s we the people,” our guide impresses upon us as we sit in the House chamber gallery. After a half hour of listening to him, I am beginning to feel like I own this place, like my voice could make a difference. He speaks of approachable lawmakers, who are open to constituents and who mentor pages. As we stand in a back stairwell, he tells of lobbyists and lawmakers who mingle here during the legislative session. 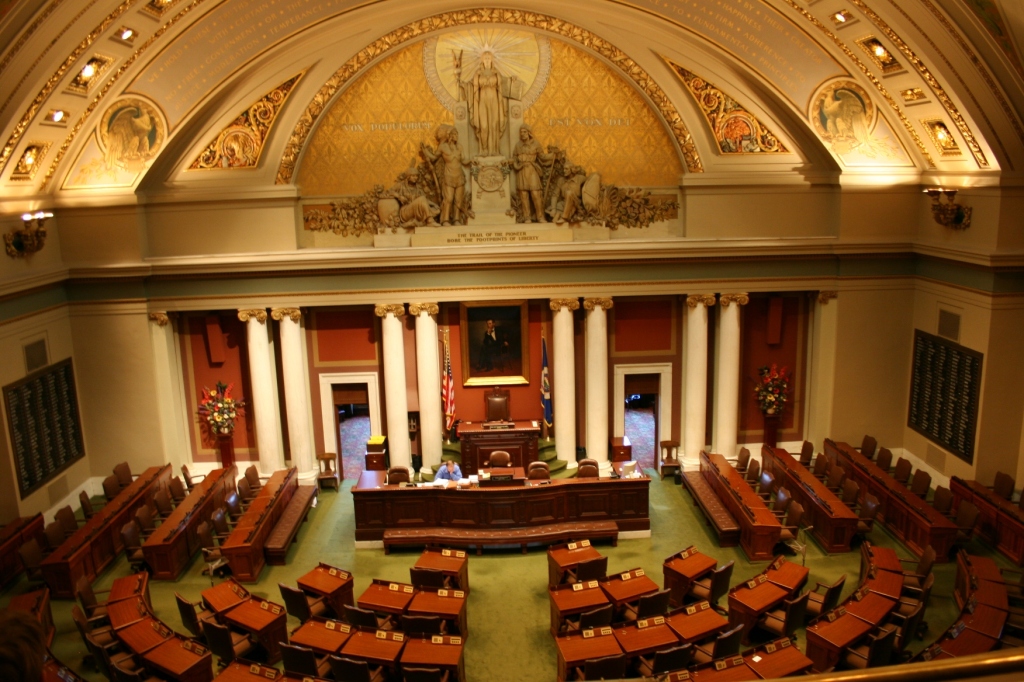 A view of the Minnesota House of Representatives chamber from the gallery. 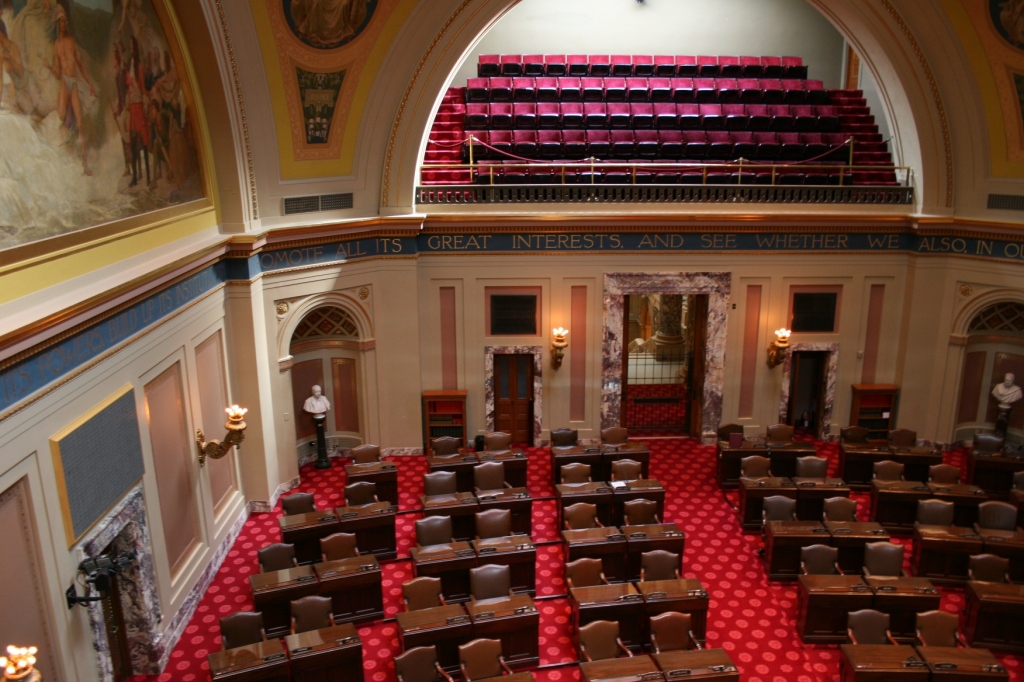 Looking from the gallery onto the Senate floor.

I wonder now if those legislators and lobbyists will mingle so easily in that back stairway.

Will those of us who tour the Capitol still feel as comfortable as we did before the Arizona shooting?

Will the Capitol guides still tell visitors: “This is the people’s place. You own this building.”

If you read these words inscribed in the Capitol, will you take them to heart?

“The true grandeur of nations is in those qualities which constitute the true greatness of the individual. Labor to keep alive in your heart that little spark of celestial fire called conscience.”

Will you wonder about the weight of these words written above the doorway and viewable from the Minnesota Supreme Court bench?

Conscience and tyranny and law.

The Arizona shootings do not qualify as tyranny, but the violence fits the definition of tyrannical—harsh, severe, unjust, cruel.

How do we weigh it all? Security, freedom and accessibility.

I have no answers. 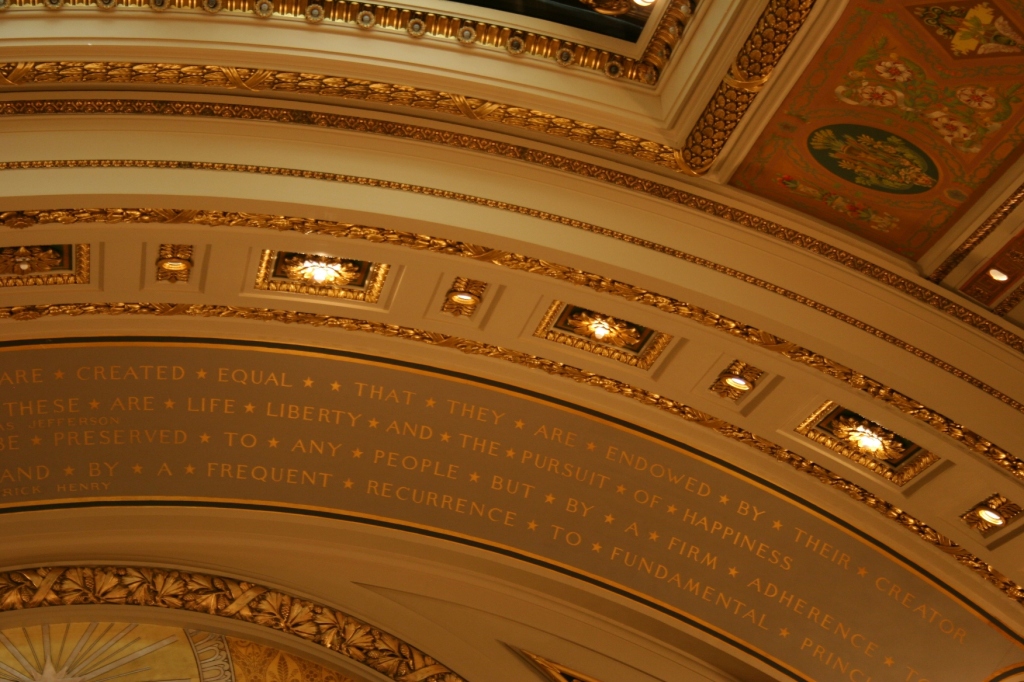 Words from The Declaration of Independence inspire on the House ceiling. 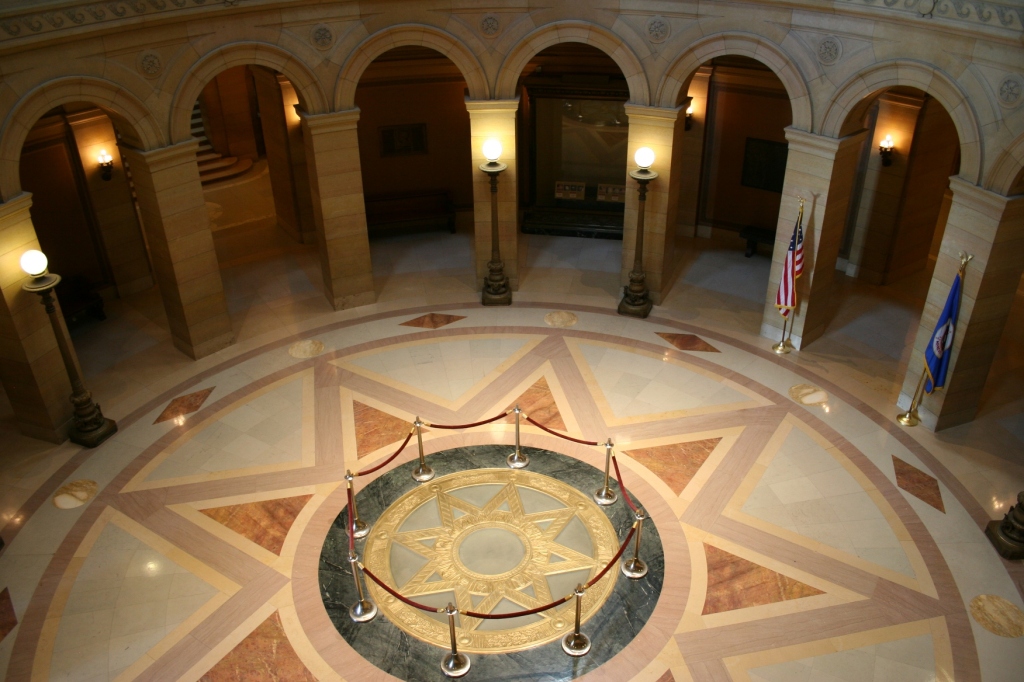 The Star of the North centers the floor of the Capitol rotunda in the "people's place."