Antiquing in Wisconsin: A stop in Poy Sippi November 20, 2013

The words roll off my tongue with a sound that pleases me.

Just like this small Wisconsin town. Poy Sippi. Off the beaten path. Sandwiched between busy State Highways 21 and 10. A community discovered a year ago while searching for an alternate route to avoid road construction along U.S. Highway 41 from Oshkosh to Appleton, where my second daughter lives. 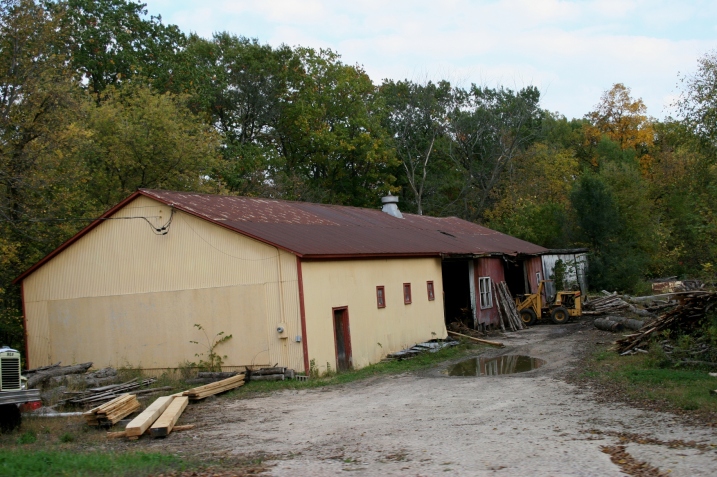 Private property or a business? I don’t know. But this is one of the first places I notice entering Poy Sippi from the south.

This October, my husband and I are back in Poy Sippi, named after the Pine River, called Poygan Sippi by the Pottawatomie because it flows into Poygan Lake, according to the Poy Sippi Public Library website. 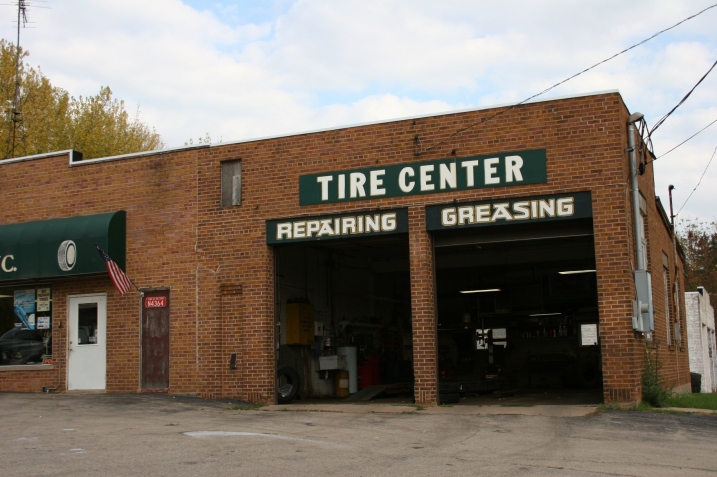 As we drive by the Tire Center, I snap this photo.

The uniqueness of the name fascinates me as do the poetically pleasing vowel and consonant combinations in Poy Sippi. 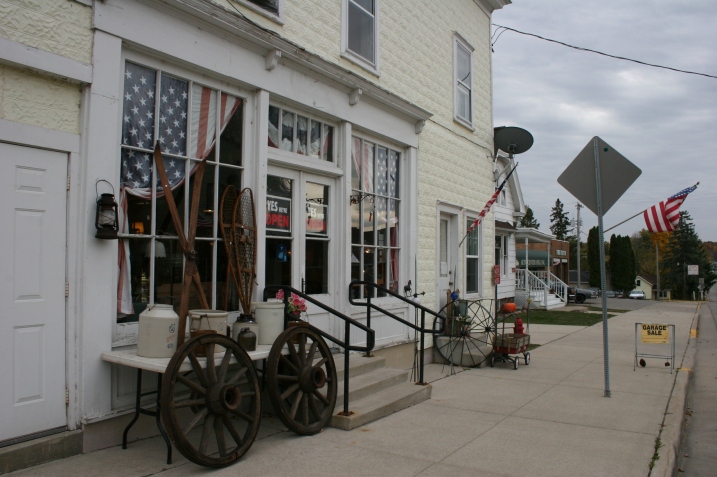 Our first glimpse of The Shop in October 2012. Minnesota Prairie Roots file photo.

We have not explored Poy Sippi, except for The Shop, a delightful antique shop along Main Street/Highway 49. 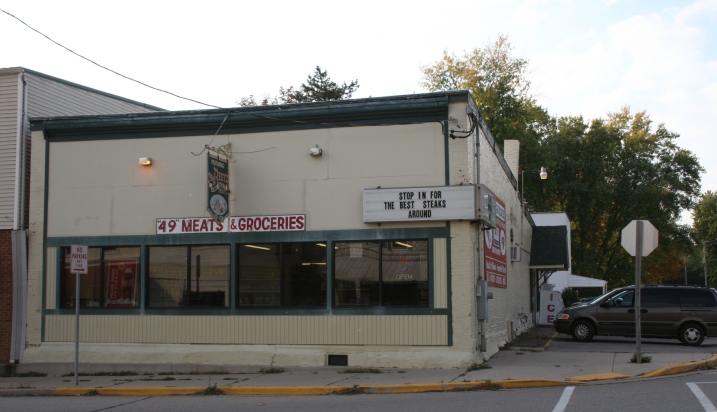 Dan Chier and Co. run the place, directly across the road from “49” Meats & Groceries, the corner grocery store/meat market touting “the best steaks around.” And I don’t doubt that. These small town meat markets often do offer the best in meats, this one specifically noting its home-smoked meats. 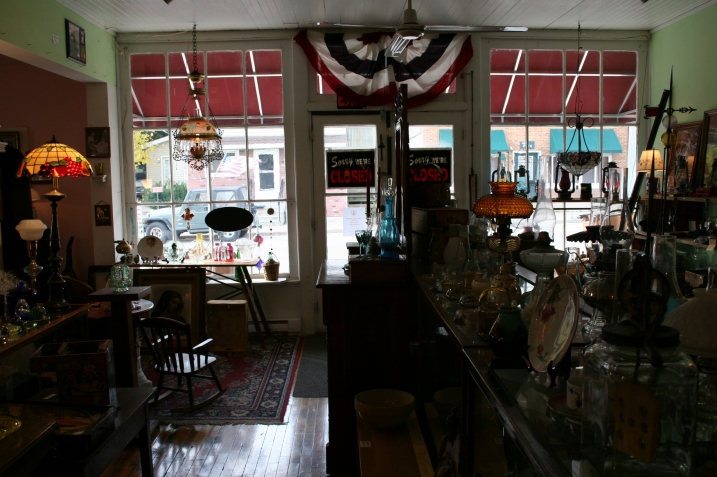 Looking toward the front the antique shop.

At one time the building which houses Dan’s shop operated as a general store. Dan shows me photocopies of historic photos. It’s no stretch to imagine the former mercantile occupying this space with the worn wood floor, wainscoting on the ceiling and aged double front doors. 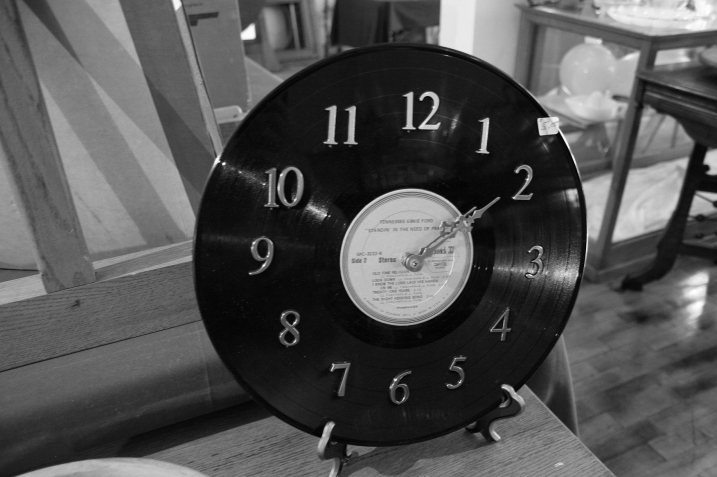 Oh, how I wish I had bought this $5 clock, crafted by Dan’s mom (recently deceased) from an old album. 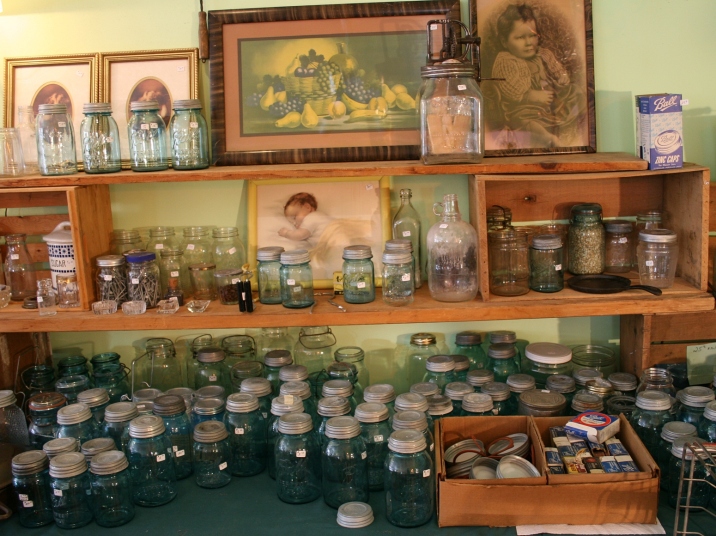 I wish I had known about these vintage blue canning jars when my daughter was planning for her September wedding. I rented quart sized jars like this for $2/each. Dan is selling them for $3/each. He sold lots for weddings, he says, but the wedding demand seems to be fading. Now some are using the jars for lights. Oh, and see that fruit print on the top shelf. I spotted that framed piece a year ago, liked it then and still like it now. I should have negotiated a deal with Dan. He’s open to negotiating. 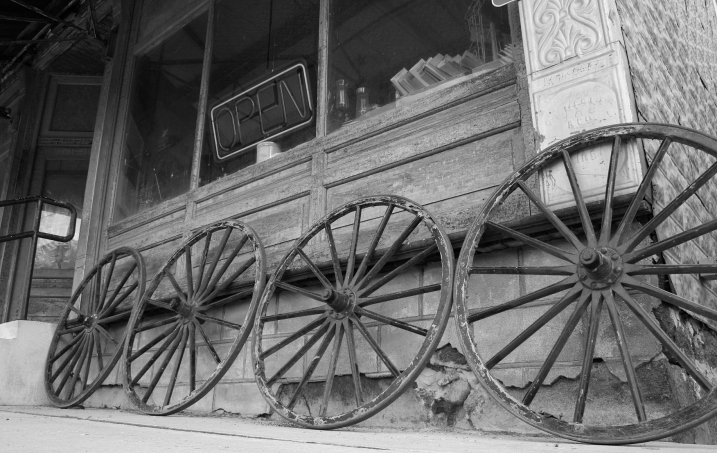 More merchandise, leaning against the building next door which is for sale.

It’s the perfect place for an antique shop. 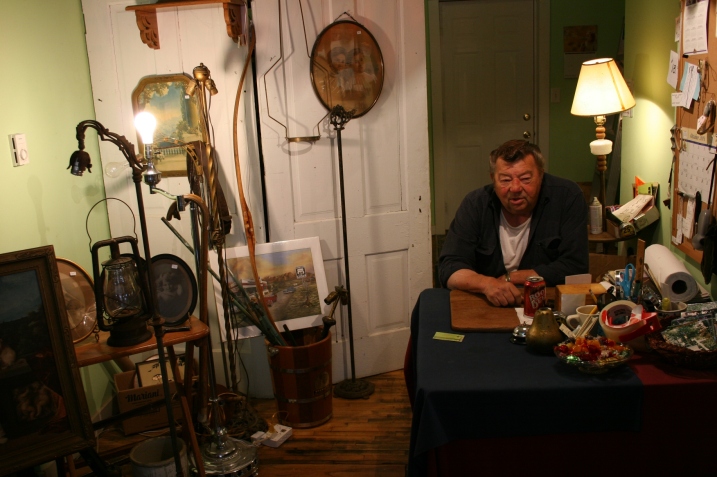 I appreciate Dan’s warm welcome as much as the old stuff he offers for sale both inside and outside his shop in Poy Sippi. Off the beaten path. A short-cut between two busy highways. 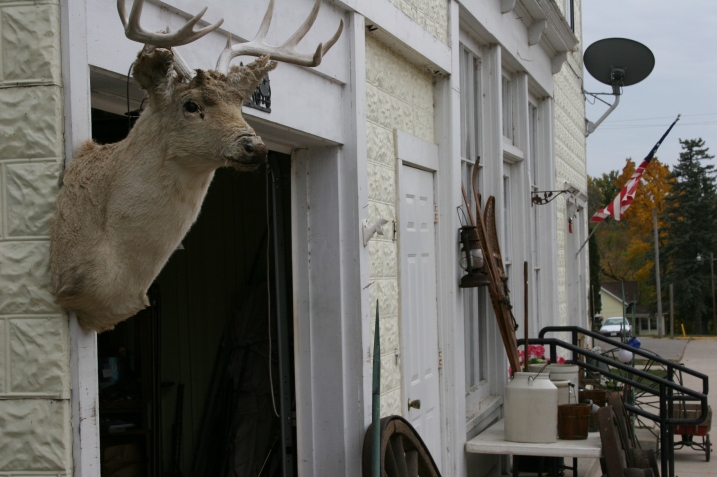 I was a bit creeped out when I spotted this deer head on the garage next to Dan’s main shop last fall. Minnesota Prairie Roots file photo. 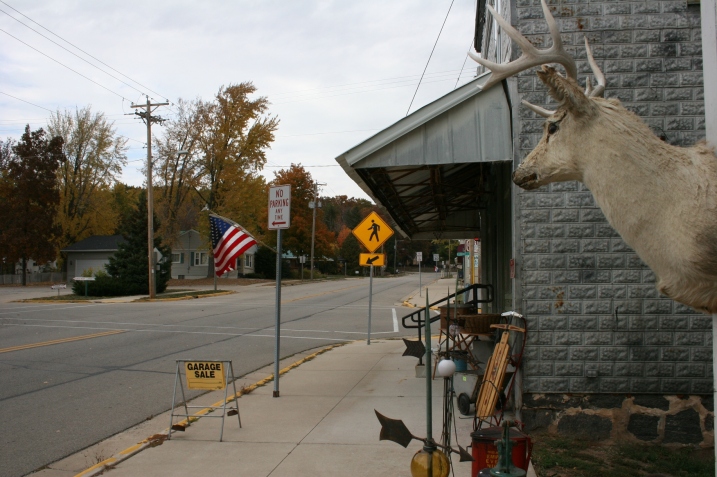 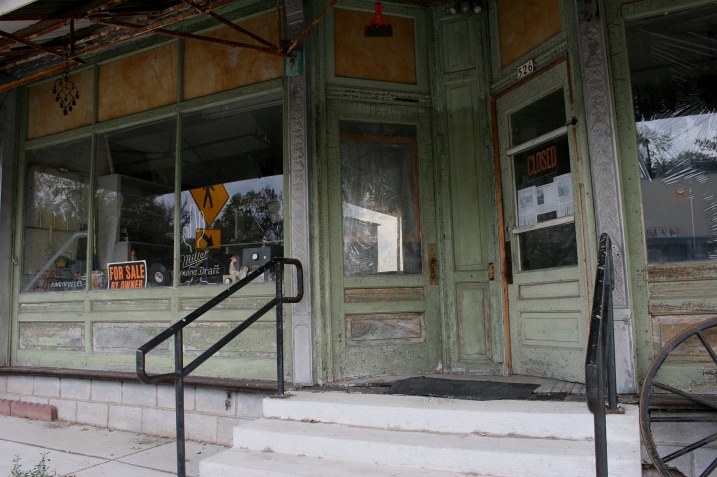 The building to the north of the garage (and deer head) that’s for sale. 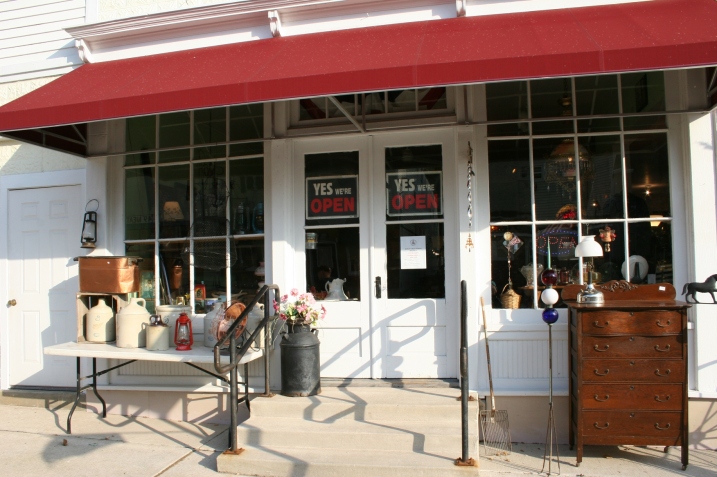 The entry to The Shop.