IF BUT FOR A FEW MOMENTS, I feel like I’ve walked onto the Main Street of Mayberry, North Carolina, circa 1960s. 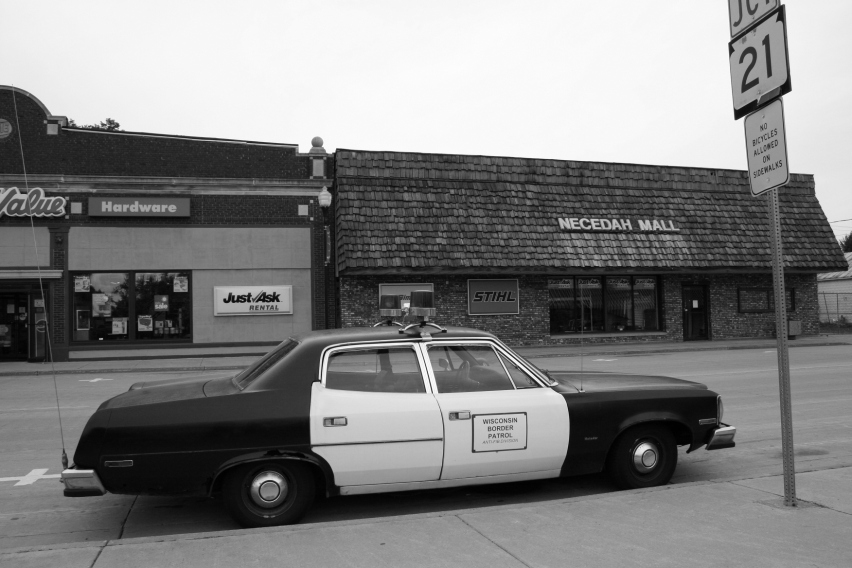 You know, fictional home of Andy Griffith, local level-headed sheriff who dispensed justice and wisdom once a week alongside his inept sidekick, Deputy Barney Fife.

I’d like to believe Mayberry existed, still exists, in places outside my black-and-white television sitcom memories of some 50 years ago.

That could be Andy’s son, Opie, and friend ambling across the highway with fishing poles and bucket in hand. The scene seems more flashback than reality.

But all of these images are reality—in Necedah, a community of some 930 residents located about half way between LaCrosse and Oshkosh on Wisconsin State Highway 21. The town rests near two lakes and the Wisconsin and Yellow rivers. Fishing opportunities abound.

And so does the opportunity to explore the Queen of the Holy Rosary Mediatrix of Peace Shrine. It is here that the Virgin Mary reportedly appeared to Mary Ann Van Hoof, farm wife and mother of eight, on November 12, 1949. Over 34 years, the Mother of God supposedly told Mary Ann to “bring the truth to all people” with a focus on youth.

You can choose to believe this or not. The intention of this shrine seems wholesome enough and I expect many have been blessed simply by visiting this reverent site.

But when I read a sign requesting that women wearing shorts or slacks stop at the office for a wrap-around skirt, I thought surely I must be in Mayberry, North Carolina, circa 1960s.