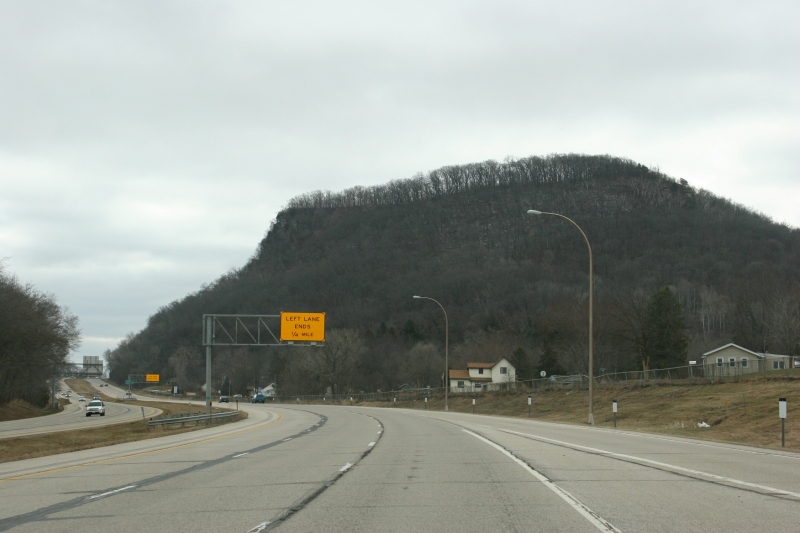 Following Interstate 90 along the Mississippi River bluffs in southeastern Minnesota.

IN THE MANY YEARS I’VE TRAVELED Interstate 90 along the Minnesota/Wisconsin border in southeastern Minnesota, I’ve never exited to explore Dresbach or Dakota.

That changed this past spring when Randy and I were returning from a day trip to La Crosse, Wisconsin. Time allowed for the pull off onto Riverview Drive which passes through unincorporated Dresbach and Dakota, population 323 or thereabouts.

We pulled off Riverview Drive and curved the van to a small riverside park in Dresbach where I took this photo of the Mississippi.

We did a drive through with thoughts of returning again to poke around more. Both villages sit along the western bank of the Mississippi River between La Crosse and Winona, in Minnesota. The river setting is scenic, beautiful, worthy of a second look when the weather warms and river traffic increases.

A welcoming sign outside a business in Dakota. That’s quite a name, Trynowski. 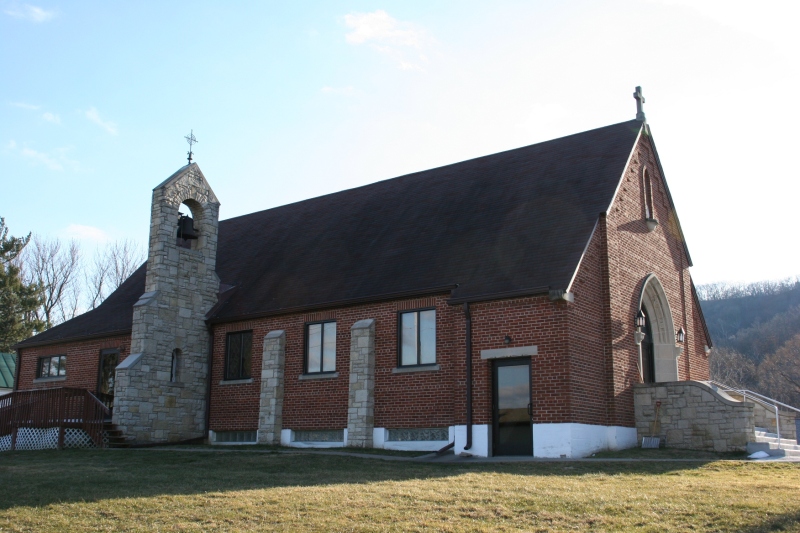 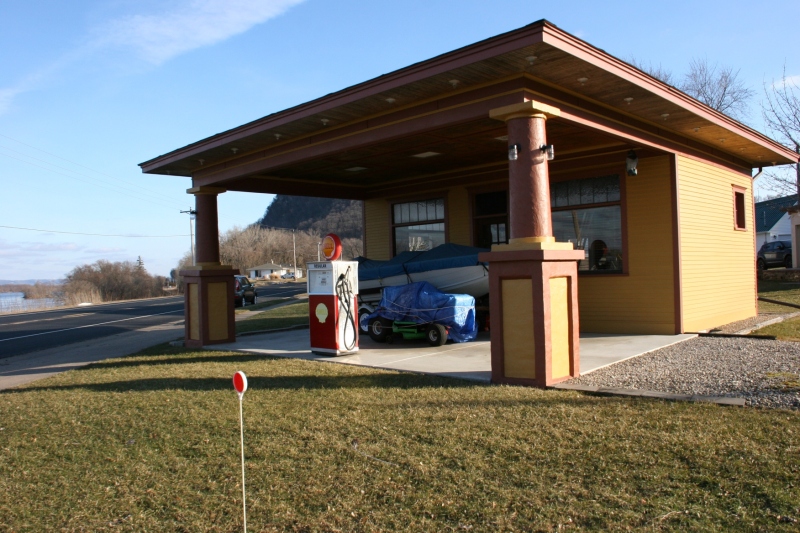 A well-preserved former corner gas station in Dakota that I found absolutely charming.

I snapped a few quick photos from the van and called it good. While both villages deserve more of my photographic study, this is a start.

TELL ME: Have you ever driven through/visited Dresbach or Dakota? If yes, what should I see the next time I’m in either community.

If anyone can provide information about any of the places photographed here, please share.

October beauty along I-90 in southeastern Minnesota October 31, 2011

Hillsides of colorful trees along I-90 in southeastern Minnesota Sunday morning.

I DID NOT EXPECT IT—leaves rusting under a gloomy, grey sky which gripped the second to last day of October like an iron fist.

Autumn seemed determined to hang on, to stand strong and sturdy against winter for one final weekend.

And it was a glorious one. Not glorious in the sense of sunny skies and warm weather.

But beautiful and wondrous and spectacular in the surreal scene of clouds and wisps of fog that pressed against the wooded Mississippi River bluffs along Interstate 90 in southeastern Minnesota Sunday.

As my husband and I traveled through the area between Nodine, Minnesota, and La Crosse, Wisconsin, and onto Tomah, I couldn’t take my eyes off the hillsides of trees shaded in muted hues of rust and moss green and the occasional spark of golden yellow.

I did not expect this so-late-in-October autumn beauty.

Despite the drive day of off-again, on-again rain and mist and pressing-down-upon-you iron grey skies, I felt myself appreciating the irrepressible beauty of the natural world around me.

Even on the dreariest of days, around each curve in the highway, a new scene unfolded and I couldn’t stop taking pictures between swipes of the windshield wiper blades.

Driving I-90 near Dresbach, heading toward La Crosse, fog shrouded the wooded bluffs.

Woods fade into sky into stone in this surreal setting Sunday morning near La Crosse.

And then, several hours later, we saw the same trees from a different perspective as we drove back from Tomah. Here we are driving into Minnesota from La Crosse.

I-90 hugs the bluffs on one side, the Mississippi River on the other along this picturesque stretch of winding roadway between the border and Dresbach. 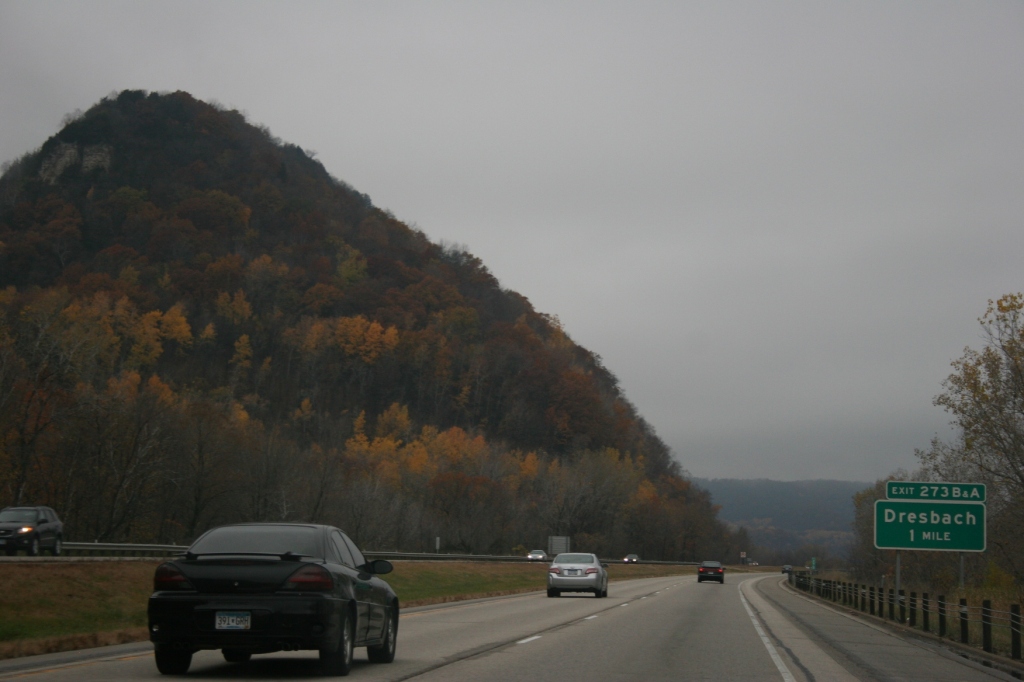 What most surprised me were all the leaves still clinging to branches. I expected most would have been blown off by fierce autumn winds. And the colors, oh, the rust of oaks, so beautiful.