Somewhere along a back county road between New Ulm and Morgan.

SORTING THROUGH the on-the-road photos I shot while traveling to and from southwestern Minnesota a week ago, I noticed a similarity in many of my images—pops of red in an otherwise mostly grey landscape.

I didn’t consciously swing my camera lens toward the jolts of red. It just happened. My eye would catch a scene and I would press the shutter button. Traveling at highway speeds allows a mere flick of an instant to frame and shoot through the front and passenger side windows of our family van or car.

I’ve practiced this type of traveling photography long enough that I’m now photographing some of the same sites along roadways. Yet, even the same subject, photographed at a different time of day, in another season, under changing skies, can result in a distinct image that tells a story or captures a mood.

This December, the Minnesota prairie, devoid of snow, appears drab and dreary against iron grey skies. Often only the occasional farm site or small town breaks the bleak blackness of tilled fields that can quickly depress the visual sense.

Perhaps for that reason, my eye is naturally drawn to the red barns and other bursts of red that contrast with the black and white and grey. My eyes are seeking color. 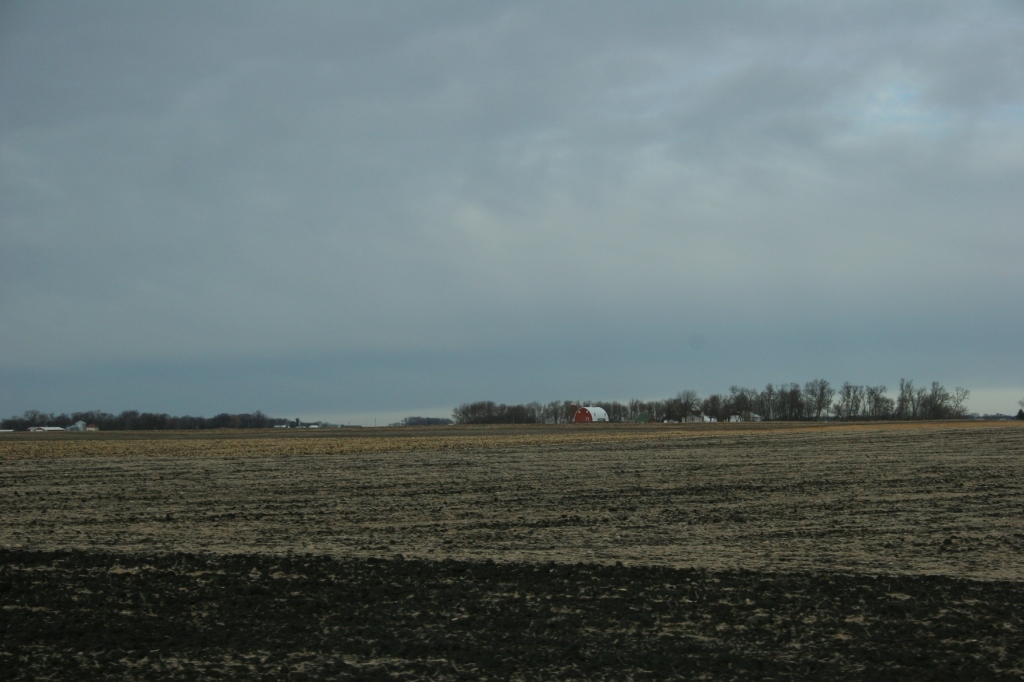 A red barn pop of color in the distance while driving toward Morgan last Friday morning.

Along the same road, I caught just a snippet of the red barn peeking from behind the row of grey grain bins.

Allow your eyes to wander over my images, to take in the stark essence of the southwestern Minnesota prairie on two days in late December. This is my land, the place that shaped me as an individual and as a writer. It is a land where details are noticed without the distracting visual clutter of traffic congestion and buildings clumped together and lights and signs and crowds.

Not everyone appreciates the prairie, dismissing this land as boring and plain and unexciting. I am not among those who wish only to flash across the prairie like a bolt of lightning. Via my roadside photos, you will see how this infinite space of sky and land has claimed my heart, defining my work as a photographer and a writer.

A stop sign adds color to an otherwise grey image of the elevator in Essig, along Highway 14 west of New Ulm. 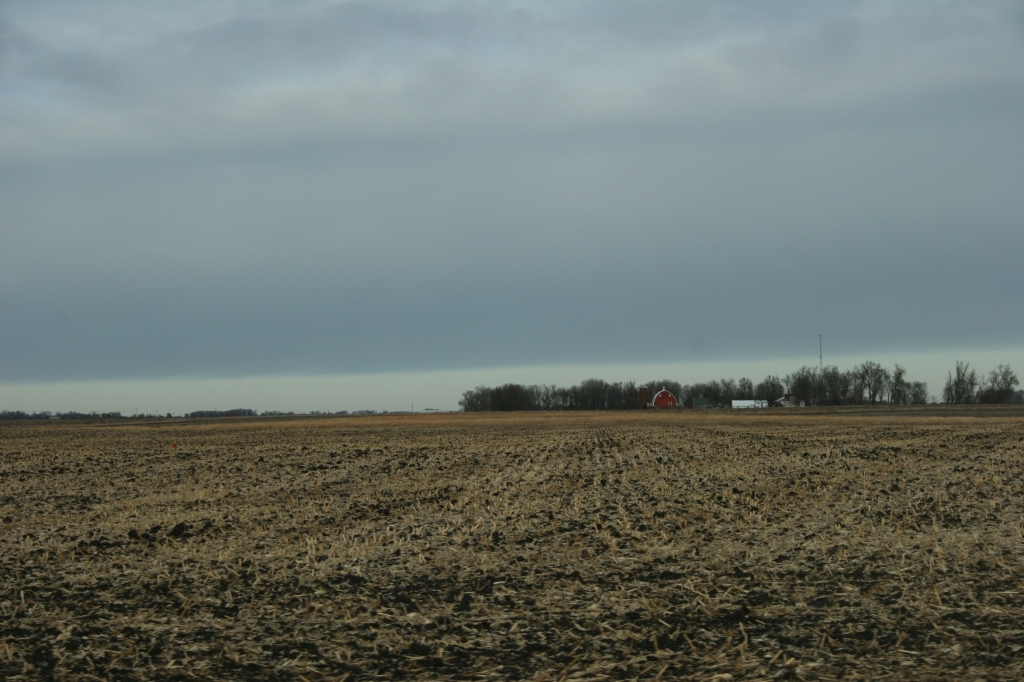 Fields like this one between New Ulm and Morgan define the southwestern Minnesota prairie.

AS I FINISHED this post, I wondered why most barns are painted red. Did the color choice come from a desire for a spot of red to brighten dreary days? I found one answer here, in Farmers Almanac Trivia. Click to read.