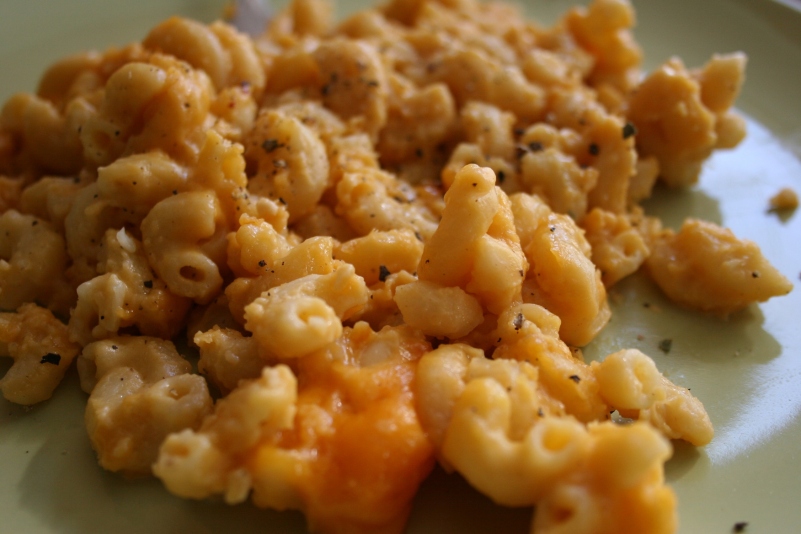 The mac and cheese I make from scratch. Minnesota Prairie Roots file photo.

I PREPARED HOMEMADE macaroni and cheese for supper Wednesday evening.

That’s a big deal for me as I recover from a broken left wrist with a currently unusable hand. I managed one-handed, without assistance, to boil and strain the macaroni, make a cheese sauce, combine both and then slide the glass casserole into the oven.

When Randy arrived home from work, the dish needed an additional 15 minutes of baking time. I should have started prep earlier given the slowed pace of cooking with only one hand.

Even something as simple as choosing kettles required thought. I couldn’t use the usual two-handled pot for boiling the macaroni. And when I opened the package of cheddar cheese, I cut it with a scissor. I can’t separate the sides of a ziploc bag. Thankfully I could punch the top of the evaporated milk can and pour the liquid through that hole.

Eventually I got the mac and cheese ready and in the oven.

I’ve learned much since the June 16 fall resulting in a broken left wrist followed by surgery to implant a plate held in place by 10 screws. I’ve learned the value of patience, the importance of two hands and that I really don’t dislike cooking as much as I’ve always claimed. Now I wish I could cook regularly. But my cooking has been sparse given so much done in the kitchen requires the use of two hands. I dislike constantly asking Randy to help when he already has enough on his plate (pun intended). Can you open this can? Can you open this jar? Can you open this bag? Can you, can you, can you? My frustration grows.

So far he’s been patient and helpful and does nearly all of the cooking after a long, hard day of physical labor at his job. But I haven’t asked him yet to deal with an aging head of cauliflower, hoping he will notice the vegetable on the top shelf of the fridge…