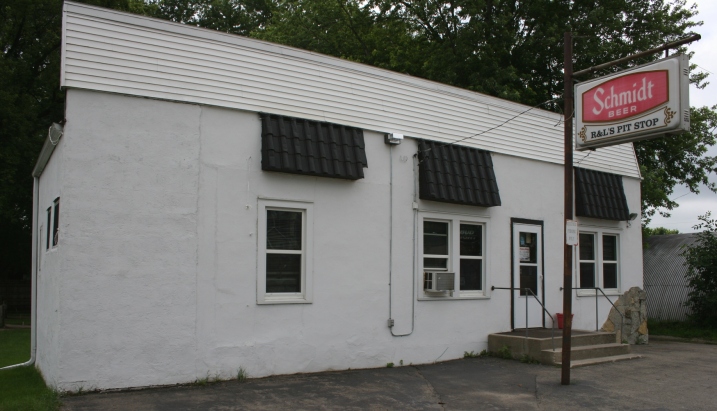 The rather non-descript R & L’s Pit Stop photographed in Hope in 2011.

THE SMALL TOWN liquor store or bar rates as more than simply a place to grab a cold one or wolf down bar food. 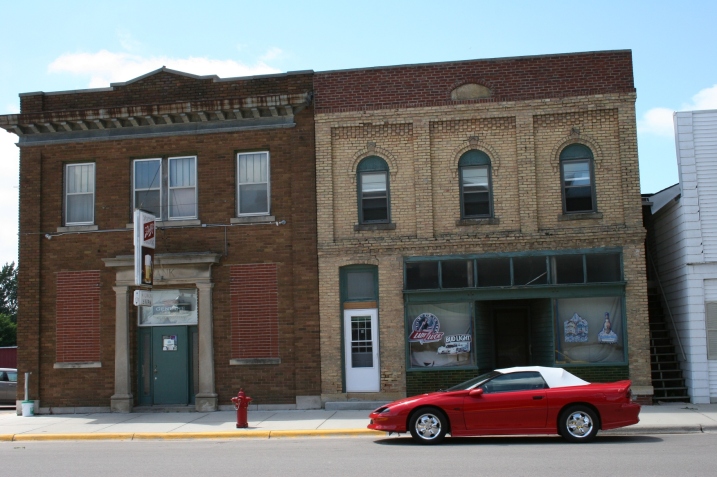 Oftentimes, these rural establishments serve as community gathering spots. Locals belly up to trade stories, talk crops, solve the world’s problems. There’s a certain comfort in that, in the familiarity of sharing gossip and opinions and woes within the confines of a dark space, sheltered from reality.

Sometimes these places remain as the sole business along an otherwise vacant Main Street. On a Friday or Saturday night, vehicles line the streets. Folks gather to shoot a little pool, drink a little beer, tell a few jokes.

For awhile, troubles vanish, the body rests, a sense of community togetherness prevails.

Creative graphics for a bar in Kilkenny.

All of this I imagine as I photograph the exteriors of small town Minnesota bars and liquor stores. Unique signage, creative names, architecture and more draw me visually to these watering holes.

The Roadhouse Bar & Grill is a hot spot in Wabasso. During the summer, old car enthusiasts and motorcyclists gather here on Tuesday evenings for a “Roll- In” that draws up to 1,000 people. There’s plenty of outdoor seating on a sprawling patio where a hamburger bar is set up for the popular event.

Each holds a story. And if you, a stranger, venture inside, heads will swivel, eyes will bore and the locals will wonder. What is your story? 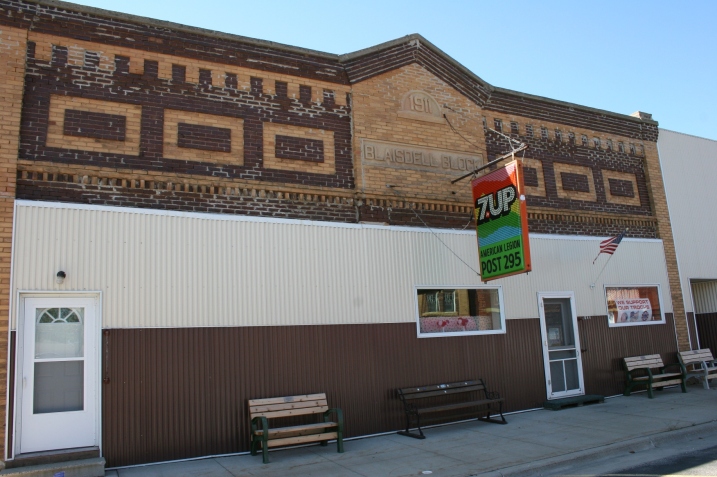 A misguided attempt, in my opinion, to update the American Legion in West Concord. Photographed in 2010. 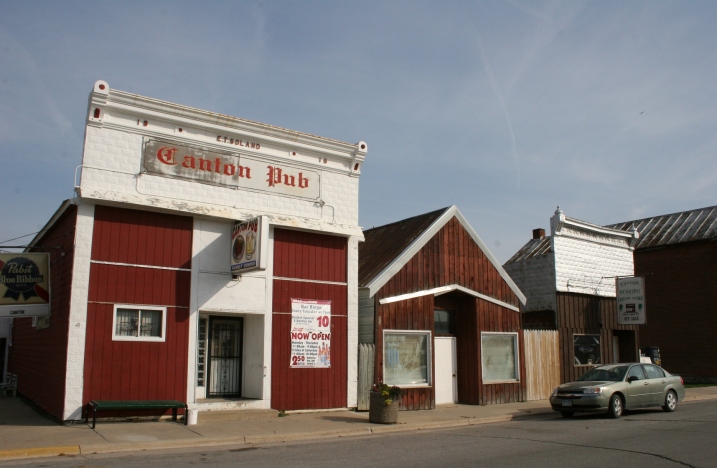 The Pub in Canton, near the Iowa border, photographed in 2012.

SIGNAGE VISUALLY intrigues me, specifically vintage signs or those that stand out as unique. I am drawn to photograph them in Minnesota’s small towns.

I expect our state’s metro areas may sport equally as interesting signage. But, unlike a friend who recently dissed Marshall (and I won’t repeat what she said) because she is a city, not a country, girl, I prefer rural Minnesota. I took offense at my friend’s comment. Southwestern Minnesota possesses a beauty unequal in endless skies and space that allows one to breathe and move and celebrate the land and its people.

It is a good thing we don’t all like the same places.

Given my aversion to the real and visual busyness of the metro, I seldom travel there. Rather, my journeys take me most often onto small town Main Street, you know that route too many are too hurried to consider as they rush from Point A to Point B. 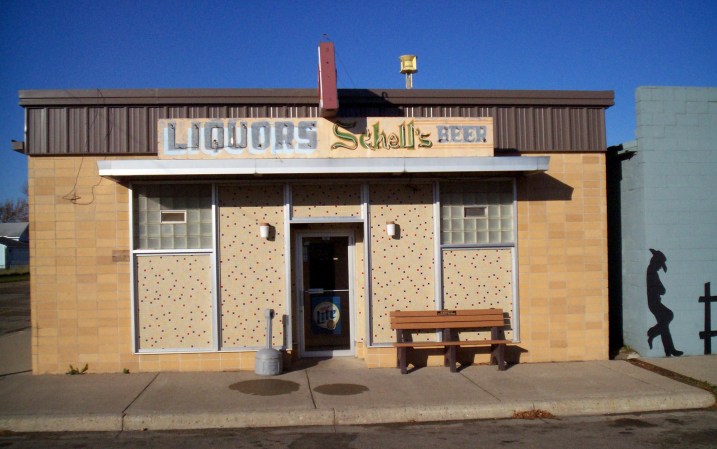 In my hometown on the southwestern Minnesota prairie, the Vesta Municipal Liquor Store anchors a corner of the town’s one-block business district. I’ve always loved the exterior look of this building. Minnesota Prairie Roots file photo.

Poking around in my photo files recently, I noticed that I often photograph liquor store/bar signs and buildings in small towns. Why? I’m not much of a drinker.

I suspect it’s a combination of factors. Bars often serve as gathering places. Sometimes a bar may even remain as the sole business in a rural community. And, more often than not, they display one-of-a-kind signs that have been around for awhile.

Join me on a photographic bar hop to some of Minnesota’s small towns and larger communities. Cheers.

How cool is this signage at Clay’s Drive-In Liquor along U.S. Highway 14 in Springfield, also in my native southwestern Minnesota? Minnesota Prairie Roots edited file photo 2012. 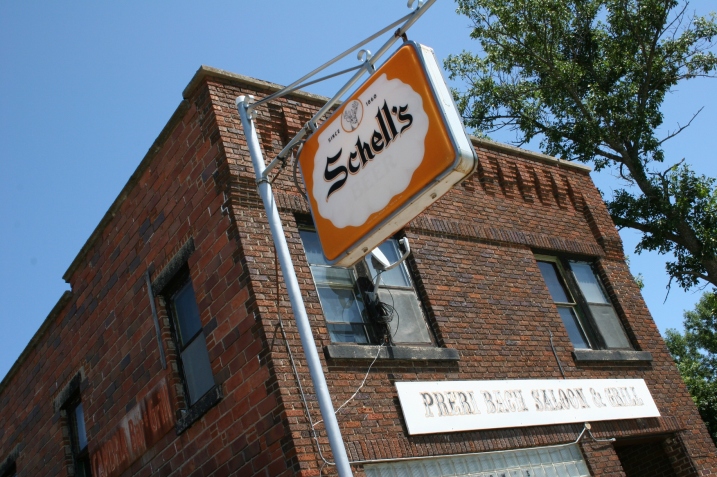 When I was in my shooting photos off-kilter stage in 2011, I shot this image of the Preri Bach Saloon & Grill in Cambria, a small town near New Ulm, home of Schell’s Brewery. 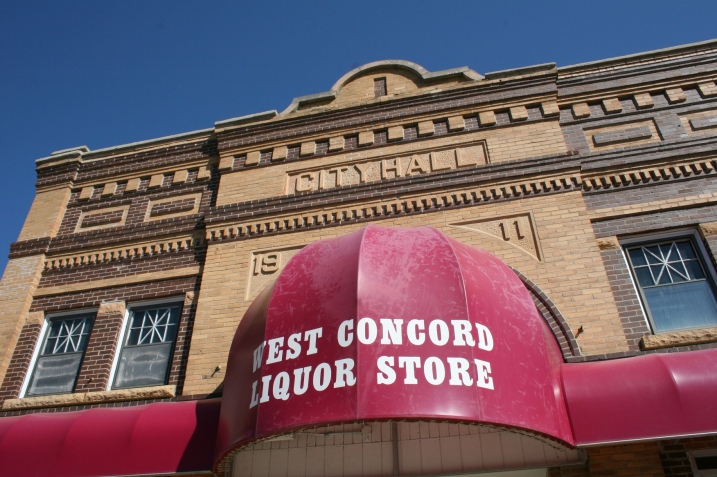 This Main Street Lounge signage in Waterville seems fitting given the city’s self designation as “The Bullhead Capitol of the World.” Minnesota Prairie Roots edited file photo 2012. 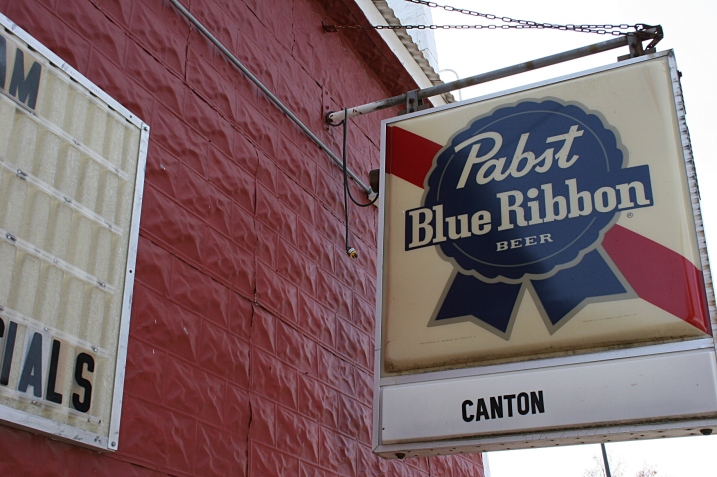 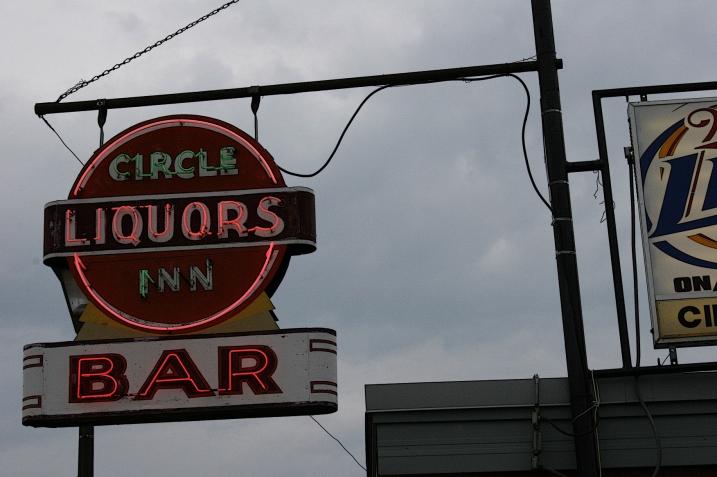