From Faribault: Words worth considering January 8, 2021

AS I PONDERED TODAY’S POST, even considered not writing one because I feel overwhelmed and emotionally drained from the events of January 6 inside our nation’s Capitol, I remembered messages I photographed back in June.

The messages, posted on the side of the historic Congregational Church of Faribault United Church of Christ, are worth our focus. They are a reminder that we, as human beings, can strive to protect, care for, forgive, share, embrace and love.

We can choose those actions over destruction, neglect, animosity, selfishness, separation and hate.

I feel such sadness, mixed with hope, over all that has transpired in recent days. I sense that most Americans, including me, will now hold a deeper appreciation for democracy. For freedom. Perhaps we (or at least I) have become too complacent.

It would do us all good to review the suggestions posted at Faribault’s Congregational Church. To reflect. And then to put into practice those very basic principles of common decency and kindness. And to remember that what we think, say and write, and how we act, matters. Just like it did in 1776.

Please note that I monitor all comments on this, my personal blog, and will not publish anything I deem false, inflammatory, etc.

The letter Inge received from Olaf, in the fictional film Sweet Land.

We have to be careful about this sort of thing…German nationals. German nationals engage in prostitution. They harbor dangerous political convictions. Are you aware of the Espionage Act of 1916?
#

English only in the church. English.
#

She makes good coffee, not like the women in church.
#

I was fearful of her differences, but I was hopeful she could join us on our path….Do not allow your good lives to be poisoned by these two.
#

This is German food?

You don’t have the papers. 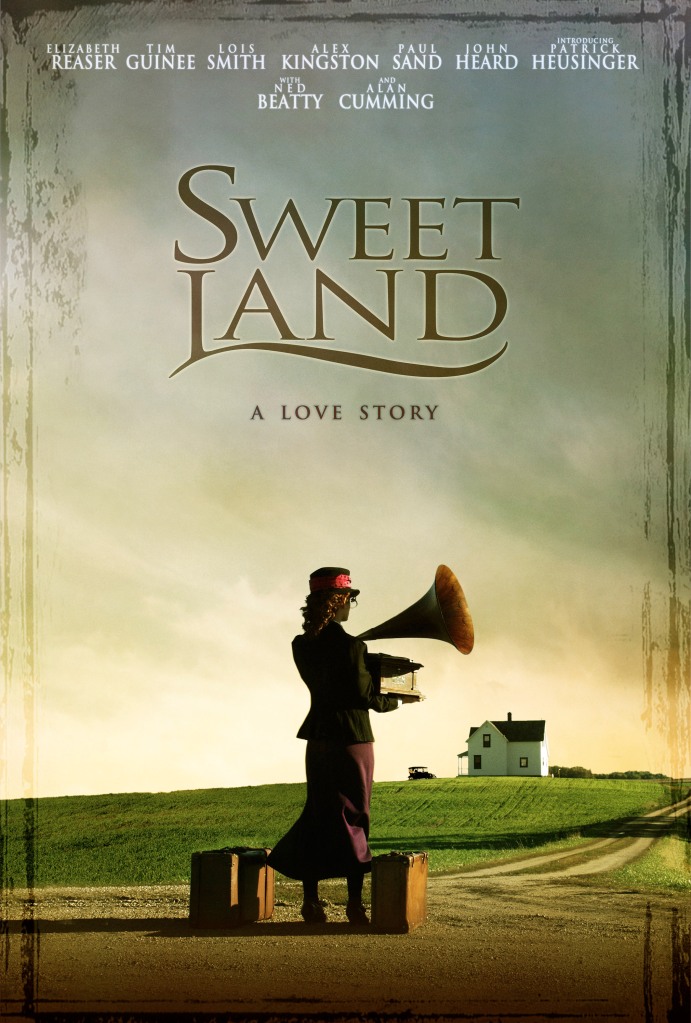 LAST WEEK I REWATCHED Sweet Land, an award-winning independent film released in 2005. The movie, based on Minnesota writer Will Weaver’s short story, “A Gravestone Made of Wheat,” and filmed on my native southwestern Minnesota prairie, rates as a favorite of mine.

Olaf Torvik’s home on the prairie. The film was shot in and around Montevideo, Minnesota.

I appreciate the early 1920s setting, the music, the story and, now, its relevancy to today. The above dialogue comes from Sweet Land, which focuses on the challenges faced by Inge Altenberg, summoned to America by Norwegian farmer Olaf Torvik. He expects a Norwegian mail order bride as do others in the community. But Inge is not Norwegian; she is German.

Thereafter, the conflict begins with “She is not one of us.”

The land and love weave into this story. Here Inge and Olaf dance on the prairie.

I won’t give away the plot, which includes a love story. But I will tell you that I watched the movie this time from a much different perspective, in the context of current day immigration issues in our country. Sadness swept over me.

Please watch this thought-provoking, conversation-starting film. It’s a must-see whether you make coffee that’s good, judged as too black or you don’t brew coffee at all. It’s still coffee.

FYI: Sweet Land, the musical opens April 29 at History Theatre in St. Paul. It runs for five weeks, Thursday – Sunday, until May 28. Will I go? I’d love to…

RELATED: Saturday afternoon a sizable crowd gathered on the Rice County Courthouse grounds in my community for a peaceful protest. Please click here to watch the video, Faribault, Minnesota Immigration Ban Protest 2-4-17, posted by Terry Pounds. Faribault is home to many immigrants and refugees, including from Somalia.

A photographic exhibit of refugee children who fled Syria, leaving everything behind, is showing at the American Swedish Institute in Minneapolis. Photos for Where the Children Sleep were taken by award-winning Swedish photojournalist Magnus Wennman. In order to increase community access to the exhibit, the ASI is providing free admission on Wednesdays in February. The exhibit runs through March 5. Where the Children Sleep launches the Institute’s 2017 “Migration, Identity and Belonging Programming.”

Thoughts on the latest conflict in Korea November 23, 2010

WHEN I HEARD this morning of the North Korean attack on South Korea over contested waters, I thought instantly of my dad. He fought on the front lines during the Korean War and was wounded at Heartbreak Ridge.

My father, Elvern Kletscher, left, with two of his soldier-buddies in Korea.

He, like so many other Americans, gave of themselves in Korea and, still, 60 years later, the conflict between the north and the south remains. Were the Americans’ efforts six decades ago worth the personal losses given nothing was ever truly resolved?

I know what my dad sacrificed for his country. He gave up a certain sense of inner peace. He was forever haunted by the horrors of war. That affected many facets of his life and impacted his family too. Me. My mom. My siblings. Life was sometimes a struggle for him.

But my dad was lucky. He survived. He did not die, like his buddy Ray, who was blown apart the day before he was to leave Korea. My father saw his friend die. You never forget something like that. I heard the horrible, wrenching story many times.

All of these thoughts passed through my mind today. I miss my dad, who died in 2003. I wonder how different he may have been had he never been called upon to defend South Korea, to kill North Koreans, to see his friends die upon the mountains of Korea.

I wonder. And, yes, today, with the news of the escalating tension, my heart breaks.