The generational magic of the holidays, as seen through my camera lens January 3, 2017 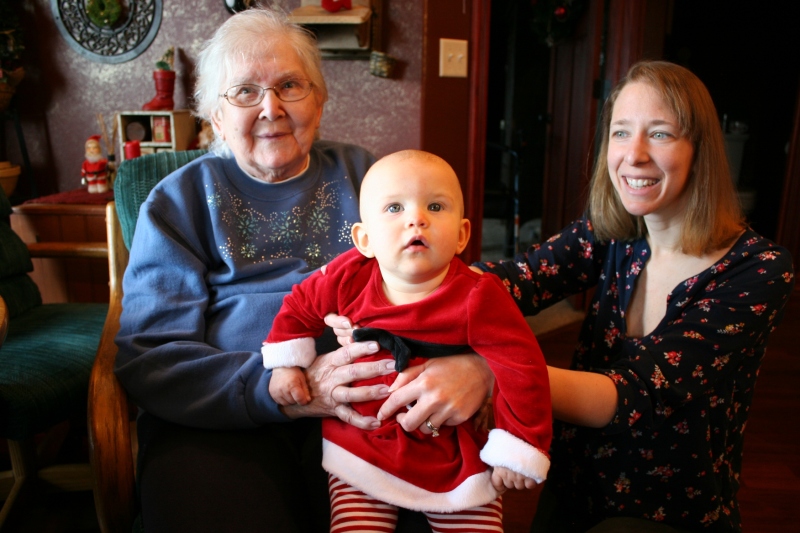 Three generations: my mom, my eldest daughter and my granddaughter.

Isabelle is so accustomed to Grandma and her DSLR Canon that she crawls toward me whenever I have my camera in hand. So I try to be quick and sneaky, not always possible with an active baby. 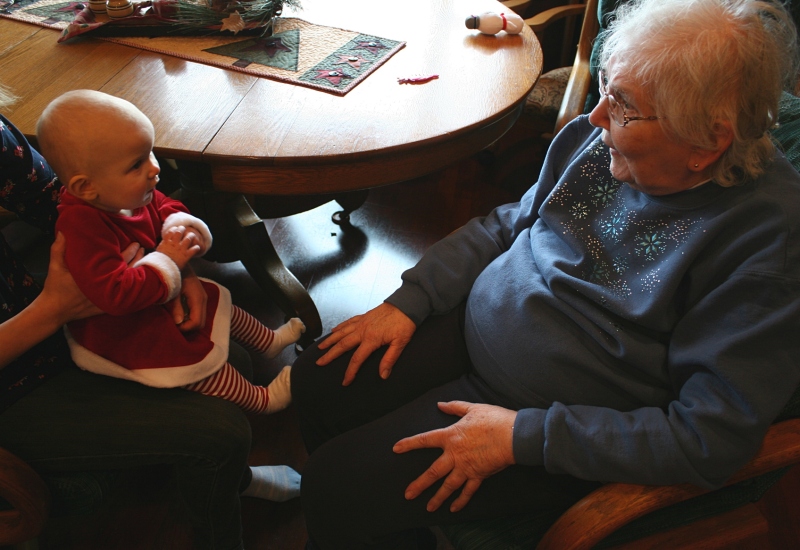 But I managed, at a family holiday gathering this past weekend in southwestern Minnesota, to photograph some special moments. I’m always seeking to document emotions, interactions and everyday life. Posed portraits also hold value. 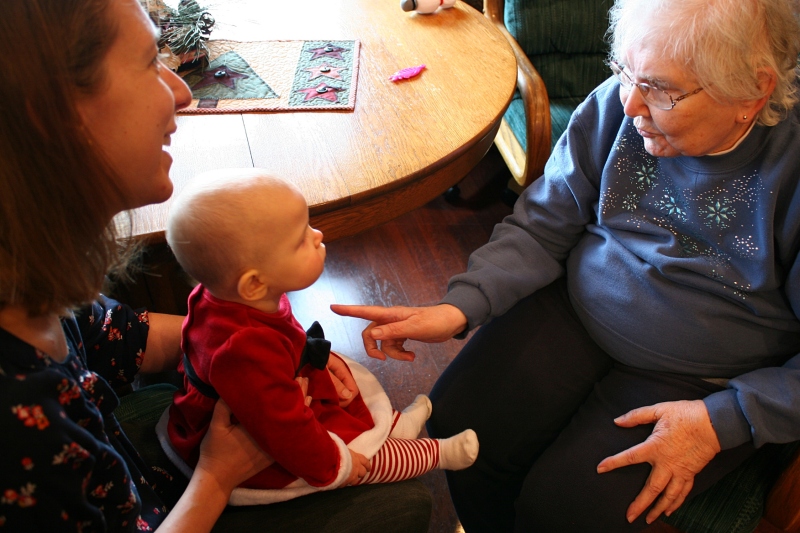 I aimed my lens toward my mom, in her eighties, and her connection to her great granddaughter. I love watching the interaction between the two generations and observing my own daughter as a loving and caring mom. 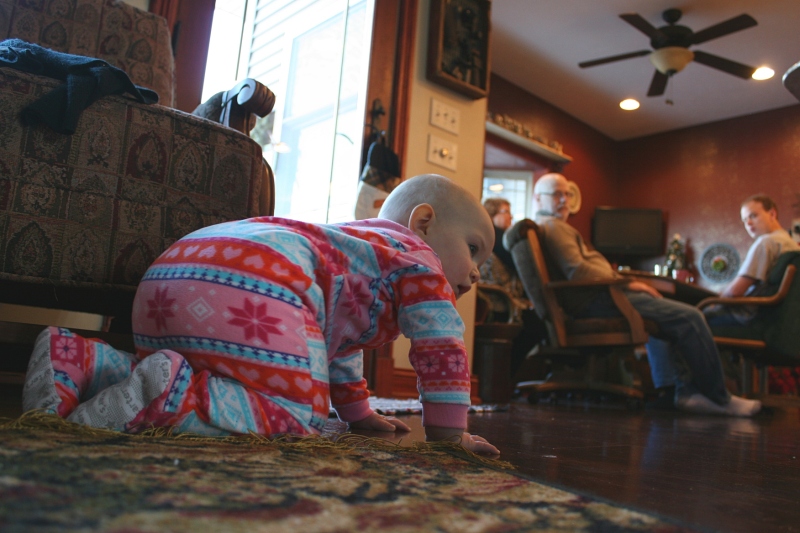 Often I found myself crawling and chasing after Izzy, sometimes placing my camera on the floor to get her perspective. That resulted in my favorite shot of the weekend—Isabelle crawling while her daddy and grandpa watched from the next room. 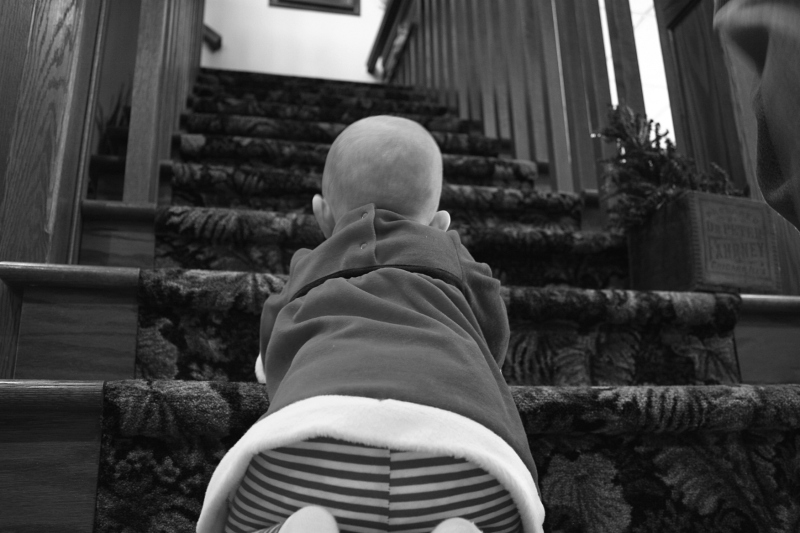 Grandpa also thought he should teach his grandbaby to maneuver the stairs. She’s a little too young for that. But that didn’t stop Izzy from pausing at the base of the stairway to imagine the possibilities. Stairs appear particularly daunting from a baby’s perspective. 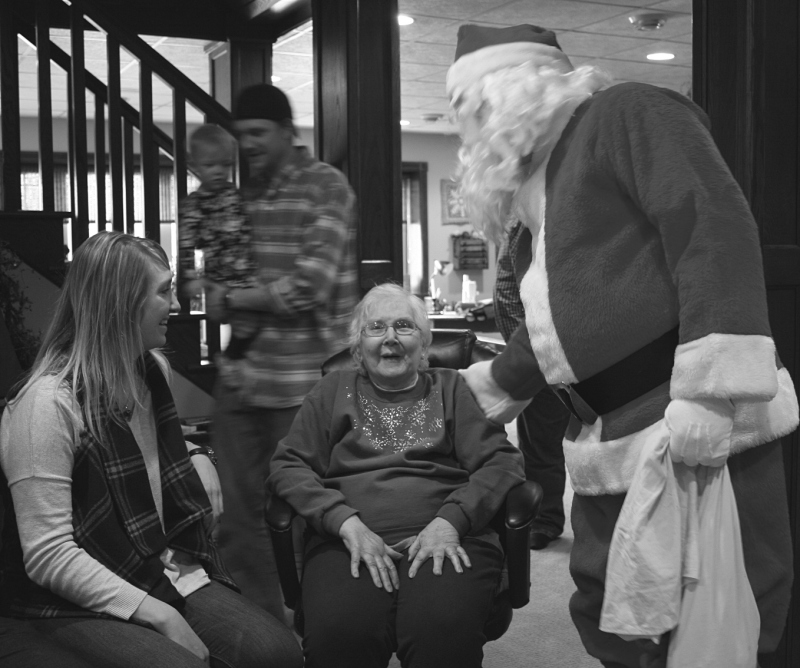 Santa visits with my mom and my niece.

As always, Santa showed up at the extended family holiday gathering to parcel out candy, humor and questions about naughty and nice. All ages landed on his lap, earning a moment of Santa’s full attention. 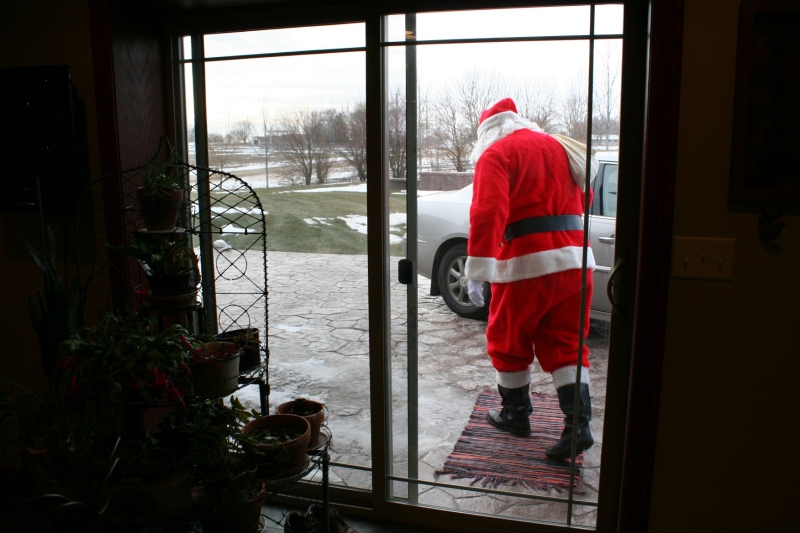 There’s something magical about that—when, for a brief span of time, we all believe in Santa Claus.

Reflecting on graduation speeches by three generations of Minnesota women May 27, 2011 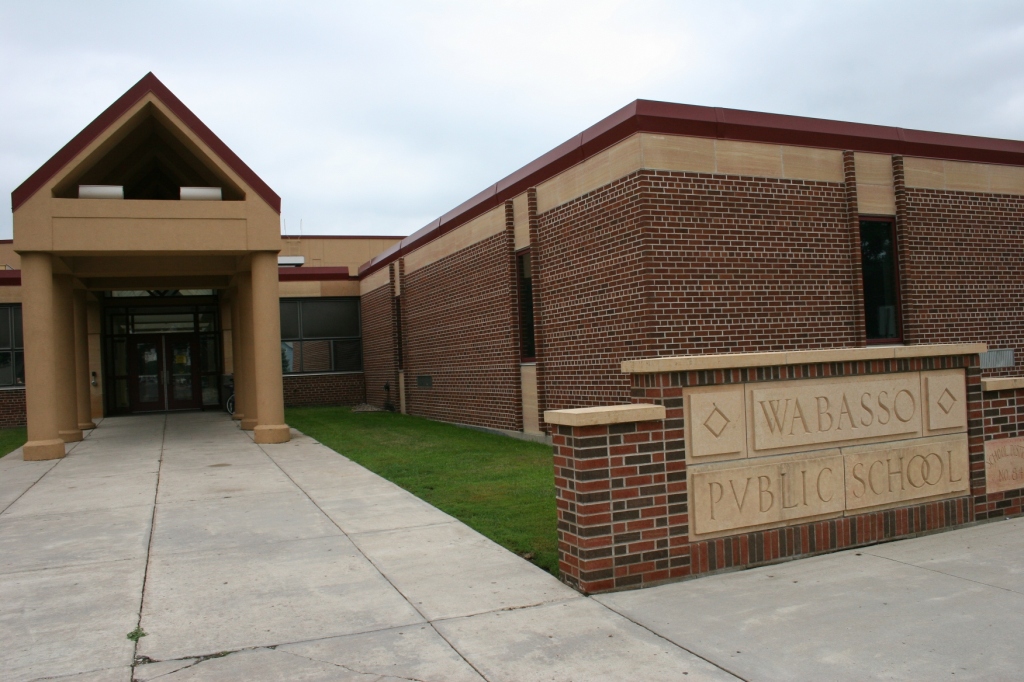 Wabasso High School, where my niece will give a speech tonight as class valedictorian. My mom and I also graduated from WHS, although the building looks much different than when we graduated in 1951 and 1974. 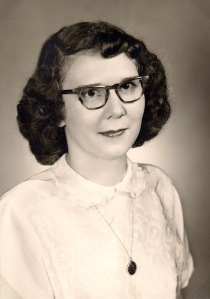 SIXTY YEARS AGO 18-year-old Arlene Bode stepped onto the stage at Wabasso High School and gave a commencement speech, “Our Part in the Fight Against Communism.”

While that seems an unlikely, unsuitable, topic for an address by the class valedictorian, my mom says you need to remember the time period in which she wrote and gave that speech.

This was 1951, at the height of the Cold War, the era of bomb shelters and fear of the Soviet Union.

My mom espoused patriotism, encouraging her southwestern Minnesota classmates “to be patriotic and vote…so we can keep our freedom,” she recalls. She has a copy of that speech tucked inside her WHS diploma.

She found the speech recently when pulling out her diploma to show her granddaughter, Hillary Kletscher, who graduates tonight, also from Wabasso High.

Hillary, like her 79-year-old grandmother, is the class valedictorian and will speak at commencement. When I texted Hillary early Thursday afternoon, she hadn’t yet titled her speech. But, she said, the “main subject is change and how it’s good but we have to hold onto what we learn from the past.”

I won’t be there to hear my niece’s address. But I intend to ask her for a copy, just like I plan to get a copy of my mom’s speech, which I’ve never seen. These are parts of our family history, words reflecting the time periods in which they were written, words of hope and wisdom and patriotism (at least in my mom’s case). 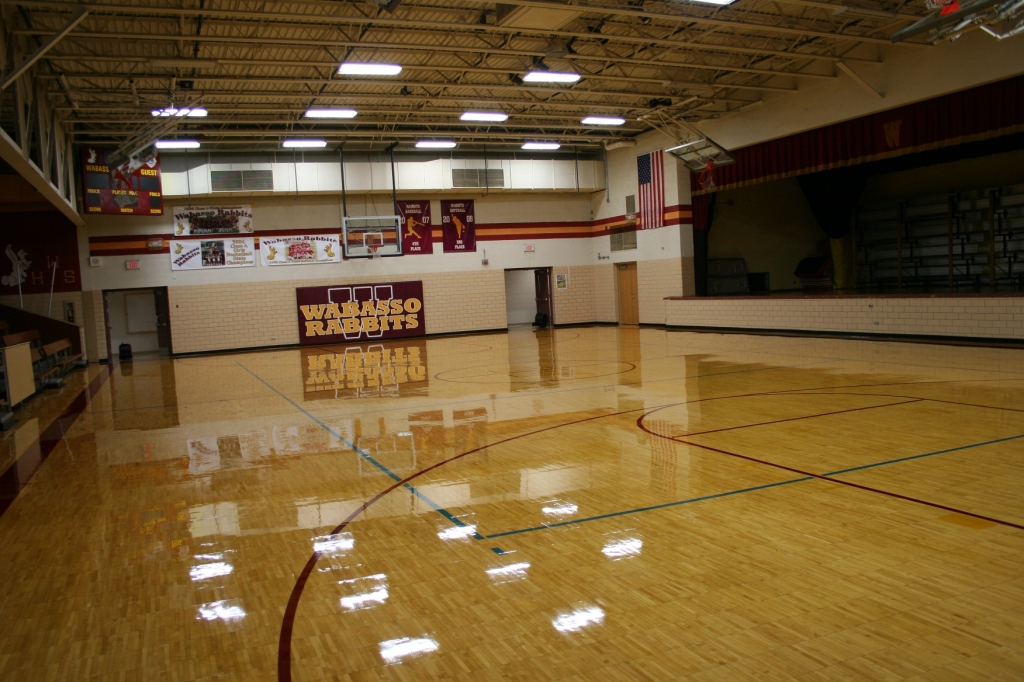 Hillary will step onto the WHS stage tonight and speak on change, yet remembering the past. 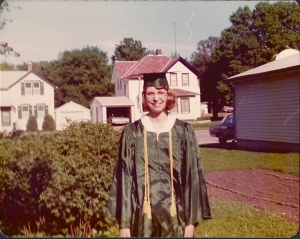 That my mom kept her speech through six decades impresses me. I say that specifically because I have no idea where to find the speech I gave at my graduation from Wabasso High School in 1974. It’s packed in a box somewhere in a closet in my home, but I possess neither the time nor energy to dig it out.

I remember only that, as class salutatorian, my farewell address included a poem. What poem and by whom, I do not recall.

In 2006, my daughter Miranda graduated as valedictorian of Faribault High School and gave a commencement speech. Given that occurred only five years ago, I should remember the content. I don’t. I recall only that she held up a test tube to make a point.

I am also making a point here. Thankfully much has changed in the 60 years since my mom spoke on “Our Part in the Fight Against Communism.” While the world today remains in turmoil, at least the intense fear, felt by the Class of 1951 during the Cold War, no longer exists.

We have also moved beyond the turbulent 60s and 70s, a time of rebellion, anti-establishment, and anti-war sentiments and discontent over the Vietnam War experienced by my class, the Class of 1974.

By 2006, when my second daughter graduated, we as a nation were beginning to recover from 9/11, yet we lived in an increasingly security-focused society.

Today my niece graduates in a day of continuing economic uncertainty, when young people are struggling to find jobs and when Baby Boomers like myself worry about our jobs and retirement.

Yet, through it all—the Cold War, Vietnam, September 11 and a challenging economy—we remain four strong women living in a free country where we, individually, spoke freely, representing the classes of 1951, 1974, 2006 and 2011.