A controversy over color in downtown Faribault, Part II March 4, 2010 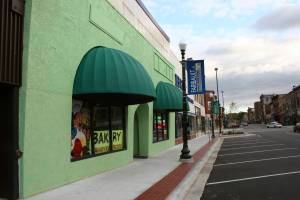 Some business owners in Faribault objected to this vibrant green paint on the Los 3 Reyes Bakery.

THE CONTROVERSY OVER COLOR continues in Faribault.

The city’s Heritage Preservation Commission has been wrestling with that decision and Tuesday night, according to an article in The Faribault Daily News, presented their recommendations to the City Council.

That HPC proposes to:

In other words, the plan calls for the city to approve a list of paint colors deemed suitable for the historic district.

The City Council is pondering the recommendations.

I, for one, am greatly troubled by proposed government regulations that would limit personal freedom. What makes one color OK, another unacceptable? Personal opinion? Color trends? History? Culture?

Differences in culture (although not publicly stated) started this whole color controversy in Faribault last summer. When Mariano Perez painted his Los 3 Reyes Bakery a vibrant green, like the bright hue common in his native Mexico, some neighboring business owners objected. The vivid green didn’t fit the downtown historic district, they claimed.

They asked Perez to repaint the building and, when he couldn’t afford to do so, collected money for a new paint job. The building was then repainted a subtler gray-green.

The Los 3 Reyes Bakery after it was repainted a subtler, almost gray, green, agreeable to objecting neighbors.

Although Perez quietly accepted the new paint color, I sensed during several interviews with him, that he felt bullied. “More people like it (the original paint color). I think two people don’t like it. I don’t know why they don’t like it,” he told me in September. Read my Sept. 30, Oct. 6 and Nov. 9 blog posts on the subject.

For a community with a diverse minority population that includes Hispanics like Perez, Somalis and Sudanese, we are sometimes less than accepting of cultures that don’t fit our Scandinavian/German/French/Irish, etc. roots. This time, that came in the lack of understanding regarding the color of a building.

When this historic city was founded in 1852, did the early townspeople argue about the styles and colors of buildings?

It might behoove Faribault’s Heritage Preservation Commission and City Council to seek input from minority business owners like Mariano Perez, who today represent the changing colors of downtown Faribault.

In the 200 block of Central Avenue, Banadir Restaurant presents a colorful storefront to those patronizing the Somali business in downtown Faribault. 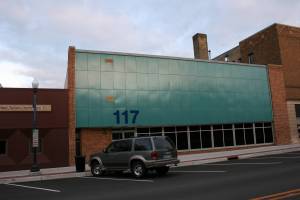 I've never known what business occupies 117 Central Avenue, but the color choice certainly makes it stand out from other buildings. Should this get a new facelift too because it doesn't fit "historic?"