MY NEPHEW, ADAM KLETSCHER, who lives and teaches in Walnut Grove, told me to check out the new mural downtown when I recently visited this southwestern Minnesota community. So, after leaving the Family Festival during the town’s annual celebration of Laura Ingalls Wilder’s Little House books, I stopped to photograph the 20-foot by 78-foot painting on the east side of Bubai Foods along Main Street.

Being a bit rushed, I failed to photograph the front of the building housing a combination Asian and American food market. And I didn’t have time to go inside and ask questions.

Later I connected with Terry Yang, who moved to Walnut Grove in 2001 from St. Paul, opened the Asian portion of Bubai Foods in 2003 and purchased the American foods side in 2005.

Yang is among the estimated 30 percent of Walnut Grove’s 870 residents of Hmong ethnicity. The Hmong first came to this rural area in 2000, Yang says, to settle in a quiet small town with affordable housing (“We don’t have to lock our houses or cars here,” he says) in a landscape similar to their native Laos.

Walnut Grove is now home to retired Hmong and to young people employed mostly at factories in nearby Marshall, Wabasso and Worthington.

The mural in progress. Photo courtesy of Greg Wimmer.

It is that infusion of Laotian immigrants that figured in to the design of the community-supported mural painted last summer by Greg Wimmer of Rochester based Wimmer Illustration and Design with assistance from Adrienne Lobl. Mural sponsors included individuals, local businesses and the Laura Ingalls Wilder Museum. 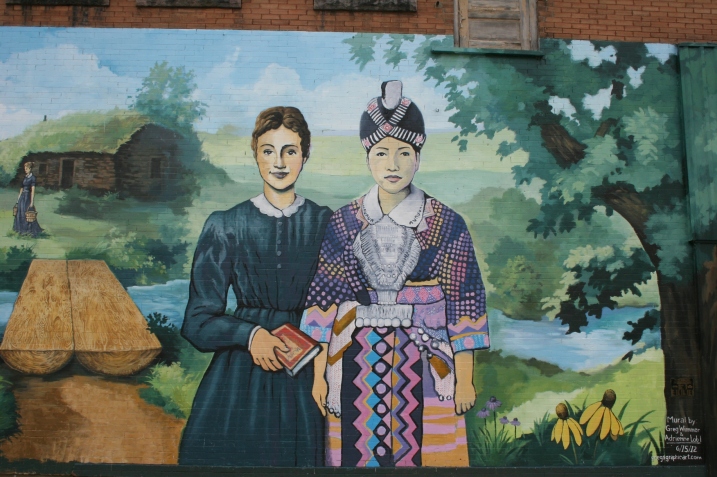 This snippet of the mural shows Laura Ingalls Wilder as a teacher standing next to a Hmong woman. To the left is the log bridge spanning Plum Creek, where the Ingalls family lived in a sod house.

The painting, Yang says, shows the similarities between Laos and Walnut Grove and also melds the new Hmong culture and the pioneer history of this Minnesota community. For example, Laura Ingalls and a Hmong woman stand side by side, one in a simple lace-collared prairie dress, the other in intricate and colorful traditional celebratory Hmong attire reserved for special occasions like weddings and New Year’s celebrations.

Wimmer worked with the Hmong community, integrating many of their suggestions in to the design. A log bridge spanning Plum Creek, part of an original Ingalls family mural here which had faded and was in need of repair, was incorporated in to the new work and represents the bridging of two cultures, according to the artist.

“My personal opinion is that it (the mural) makes a statement about the changes in the community without saying a word,” Wimmer says. 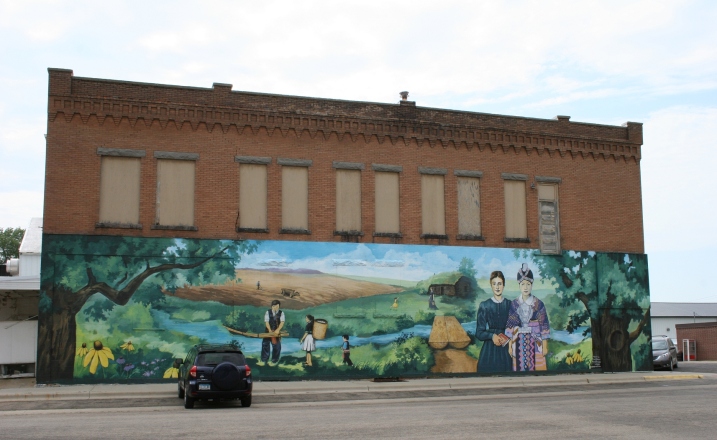 In the foreground, left, a Hmong man plays a bamboo flute near a rice field as his daughter carries a basket. In the background, a pioneer busts sod with an ox and a plow.

Yang also references the connections between the two cultures via two farming scenes—of a pioneer man plowing a Minnesota field with an ox, similar to the water buffalo that work the land in Laos, and of a Hmong family near a rice field and shown with a basket for carrying harvested crops from farm to village.

Native prairie plants, like black-eyed Susan and coneflowers, are part of the painting.

One of the draws to Walnut Grove, Yang says, is the land available for Hmong to plant gardens. Laotian natives, like native Walnut Grove area residents, are connected to the land.

Yang has always felt welcome in southwestern Minnesota and appreciates the mural showcasing the changes in his community, which now includes, he says, “so many races.” 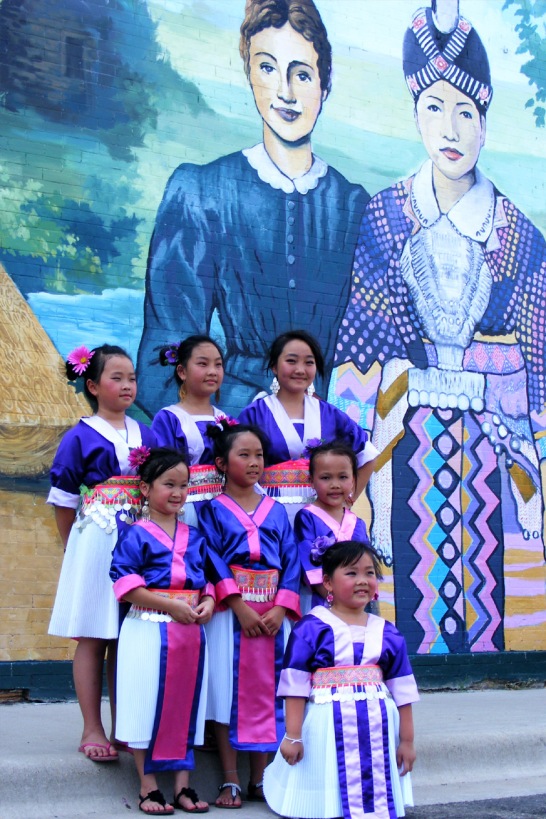 FYI: Hmong dancers will be among entertainers at the Family Festival from 11 a.m. – 6 p.m. this Saturday, July 20, at the Walnut Grove City Park as part of the festivities celebrating the Little House books by Laura Ingalls Wilder. Click here to see the festival schedule.

And click here for more information about other events at the annual celebration. 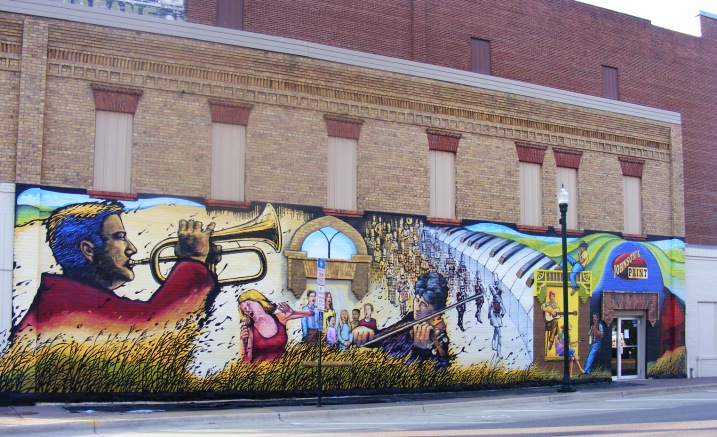 Greg Wimmer painted this mural in nearby Marshall. Photo courtesy of Greg Wimmer. 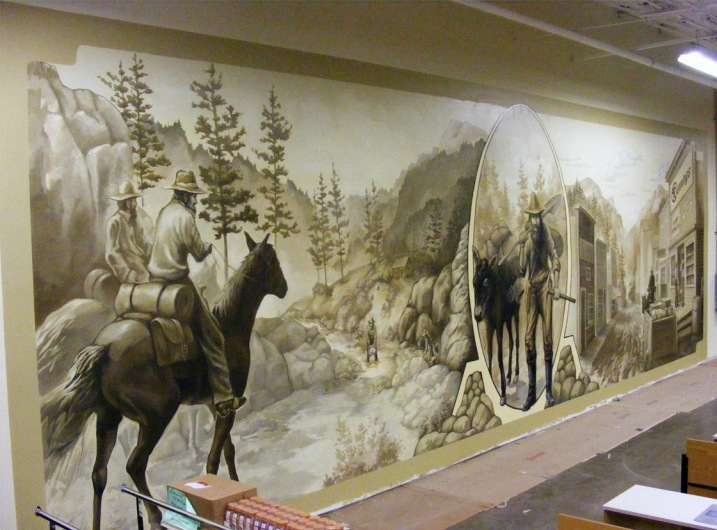